On July 13, the U.S. Court of Appeals for the Ninth Circuit decided the case of United States v. Sierra Pacific Industries, et al. This is referred to as the “ Moonlight Fire” case.

The Ninth Circuit framed the issues before it as follows:

We are asked to decide whether certain allegations of fraud, some of which were known before the parties settled, and some of which came to light after the settlement, rise to a level of fraud on the court, such that relief from the settlement agreement is warranted under Federal Rule of Civil Procedure 60(d)(3).

END_OF_DOCUMENT_TOKEN_TO_BE_REPLACED

On July 6, the California Supreme Court issued its highly anticipated decision in Lynch v. California Coastal Commission (case no. S221980). In this case, coastal homeowners alleged that, in issuing a permit to construct a protective seawall, the California Coastal Commission imposed unconstitutional conditions. In particular, the plaintiffs objected to the permit being limited to a 20-year term, after which they could be required to remove the seawall. However, to the disappointment of many who closely watched the case (as well as the plaintiffs), the Court declined to reach constitutional issues. Instead, the Court ruled that the homeowners waived their objection to permit conditions by constructing the seawall prior to the resolution of litigation.

END_OF_DOCUMENT_TOKEN_TO_BE_REPLACED 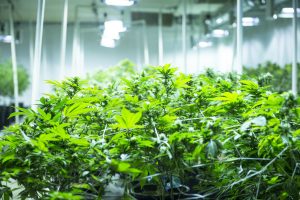 Following cannabis legalization in California, municipalities are beginning to face difficult decisions related to land use and planning. The challenge in siting industrial and residential uses, often in conflict, is not new for cities and their planners. But the new twist of cannabis growing and processing, treated as an industrial use in most cities, adds an added layer of complexity to land use decisions where lack of housing is also an issue.