On November 21, the California Fifth District Court of Appeal issued its decision in Association of Irritated Residents v. Kern County Board of Supervisors, 2017 WL 5590096, a challenge to the County’s Environmental Impact Report (EIR) and approval for modifications at the Alon Bakersfield Refinery. Among other things, the Association of Irritated Residents (AIR) claimed that, since crude oil processing was shut down when work on the EIR began, the EIR should have considered the refinery’s inactive condition as the “baseline,” treating impacts of resuming typical operation as impacts of the new project. Rejecting AIR’s argument, the court held that, since refinery operations fluctuated over time, the use of data from operations in a representative prior year to identify the baseline level of activity was appropriate under the California Environmental Quality Act (CEQA). END_OF_DOCUMENT_TOKEN_TO_BE_REPLACED

Though Brexit may seem far removed from the strategic concerns of many of those in the construction and real estate industries, for those large construction operations, developers and suppliers that are either already in the UK/EU or expanding their operations into those areas, every development is worth tracking. In Next Steps toward Brexit, The EU sets out its stall for the looming withdrawal negotiations with the UK, Pillsbury attorney Tim Wright discusses the European Commission’s recent publication of its Brexit mandate, which indicates a clear focus on “citizens’ rights, the financial settlement and new external borders” and the Commission’s chief Brexit negotiator’s plan to “pay great attention to Ireland during the first phase of negotiations.” The EC’s mandate is just one of the many Brexit developments that global players in all industries will need to keep an eye on as the situation unfolds.

Government enforcement actions, including the issuance of subpoenas and Civil Investigation Demands (CIDs), must be authorized by the laws that created the agency or invested it with such broad investigative powers. A relatively new agency like the Consumer Financial Protection Bureau (CFPB), which was established by the Dodd-Frank Act, will often see its enforcement powers challenged at the start, and the regulated community should be aware of these inherent limitations on the exercise of governmental authority.

On April 21, the U.S. Court of Appeals for the District of Columbia Circuit issued another ruling adverse to the CFPB. In CFPB v. the Accrediting Council for Independent Colleges and Schools, the Court of Appeals affirmed the District Court’s ruling that the CFPB has no authority to issue a CID to the Council seeking information held by the Council related to “unlawful acts and practices in connection with accrediting for-profit colleges.”

END_OF_DOCUMENT_TOKEN_TO_BE_REPLACED

The issue of the relentless growth and penetration of administrative law remains a compelling topic for those operating in heavily regulated industries like the construction industry. Chris DeMuth, a Fellow at the Hudson Institute, recently wrote Can the Administrative State be Tamed?, an interesting essay in which Demuth provides his perspective on this topic. The administrative state has continued its inexorable growth regardless of whether the President is a Democrat or a Republican. Demuth’s essay was recently published in the Journal of Legal Analysis. It does not address last year’s King v. Burwell decision of the U.S. Supreme Court, which held that some legislation is too fundamentally important to give an agency “Chevron Deference” when it interprets the law it is implementing, but it does mention a Department of Agriculture regulation requiring magicians using rabbits in their acts to prepare and submit to the appropriate authorities a disaster response and contingency plan.

Volume One of the U.S. Code Annotated publishes the Organic Laws of the United States of America, and this collection 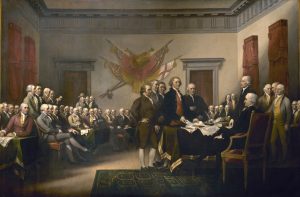 begins with the Declaration of Independence. On the 4th of July, 1776, the Declaration of Independence was agreed to, engrossed on paper, signed by John Hancock as president of the Continental Congress, and the Declaration was circulated and directed to be proclaimed in each of the United States. Today, the United States is the oldest constitutional democracy, and the form of government we enjoy is still vigorous, practical, argumentative, and the envy of the world. Self- governance has always been difficult, and there is no reason to think that the future will make any fewer demands on the citizens of our Great Country than it did in the past. Happy 4th of July weekend everyone!

Recent  Department of Labor (DOL) rulemaking proceedings and compliance letters have been successfully challenged in the federal courts. These cases are important because the work of the DOL, in enforcing and interpreting the law, is of fundamental importance to both employers and employees and their counsel. A few days ago, the U.S. Court of Appeals for the DC Circuit, in Rhea Lana, Inc., et al., v. Department of Labor, held that a “DOL “warning letter” was a final agency action that could be reviewed by the federal courts, and the U.S. Supreme Court, in Encino Motorcars, LLC v. Navarro, held that a Fair Labor Standards Act interpretive rule was not entitled to Chevron deference. Now, the new “persuader rule” subjecting the advice that attorneys provide employers to new reporting requirements appears to be inconsistent with the basic statutory framework according to two new rulings by federal district courts.

END_OF_DOCUMENT_TOKEN_TO_BE_REPLACED

In the home stretch for 2015, Courts across the nation issued environmental decisions of note: 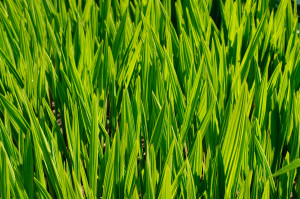 was held in October of 2015, and a decision may be announced shortly. The controversy involves complex provisions in the Federal Power Act (FPA) and the Federal Energy Regulatory Commission’s authority under the law to regulate the practices of wholesale electricity markets, which have traditionally been considered to be reserved for state regulation. The Court of Appeals for the District of Columbia Circuit ruled against FERC, setting the stage for this appeal to the U.S. Supreme Court. Some of the limits placed on federal regulatory authority that were discussed in the recent decision of the Court in Michigan, et al., v. EPA figure prominently in the briefs filed with the Court. END_OF_DOCUMENT_TOKEN_TO_BE_REPLACED

In Gongloff Contracting, L.L.C. v. L. Robert Kimball & Associates, Architects & Engineers, Inc., 2015 Pa. Super 149 (Pa. Super. Ct. July 8, 2015), the Superior Court of Pennsylvania reversed the trial court’s decision and held that a claim for negligent misrepresentation could be based on faulty design documents under Section 552 of the Restatement (Second) of Torts.  The case was brought by a structural steel subcontractor (Gongloff) against the architect-engineer (Kimball) for a university convocation center.  Kimball provided Gongloff and others with the design of the steel structure and repeatedly denied allegations of errors in the design.  But Gongloff alleged that the “never-before-utilized” design was in fact defective, and that Gongloff experienced various problems and significantly increased costs as a result of changes made to correct the design. END_OF_DOCUMENT_TOKEN_TO_BE_REPLACED

Florida’s Third District Court of Appeals recently held that whether “prompt” notice was given to an insurer of a claim occurring over three and a half years after a hurricane caused damages to a condominium is a question of fact that must be given to the jury. This ruling confirms that the date on which an insureds’ duty to report a claim is triggered under an insurance policy’s notice provision is an issue of fact not ripe for summary judgment. The case is Laquer v. Citizens Property Insurance Corporation.
END_OF_DOCUMENT_TOKEN_TO_BE_REPLACED

A unanimous panel of the Illinois Appellate Court recently held that three insurers have a duty to defend any case in which the bare underlying allegations – if proved – would render their insured liable, regardless of extrinsic facts. This sweeping ruling confirms that the duty to defend is a form of “litigation insurance,” protecting the insured against the costs of being wrongly sued, however groundless the claims against it may be. The case is Illinois Tool Works Inc. and ITW Finishing LLC v. Travelers Casualty and Surety Company, et al.
END_OF_DOCUMENT_TOKEN_TO_BE_REPLACED