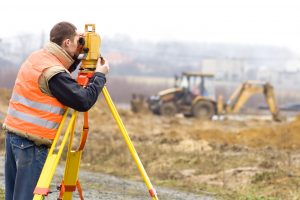 The “Minimum Standard Detail Requirements for ALTA/NSPS Land Title Surveys” is a document jointly promulgated by the American Land Title Association (ALTA), representing the title insurance industry, and the National Society of Professional Surveyors (NSPS), representing professional land surveyors, which describes the uniform minimum standards with which surveyors must comply when preparing a survey to be used by a title insurance company for the purpose of deleting the general survey exception from ALTA title policy forms. The first such set of standards was developed in 1962 and has since been revised 10 times. The standards are currently updated every five years and are relied on by real estate professionals, including purchasers, lenders, title insurers and their attorneys, nationwide. In October 2020, a joint committee comprising representatives of both ALTA and NSPS adopted the “2021 Minimum Standard Detail Requirements for ALTA/NSPS Land Title Surveys,” which will become effective on February 23, 2021. The significant changes between the 2021 standards and the previous 2016 standards are summarized below.

Survey Matters
The 2021 standards clarify that only survey-related matters must be summarized on the survey. This revision was intended to foreclose a practice common among some institutional lenders to require that the survey list all items shown in Schedule BII of the title commitment on the face of the survey regardless of whether those items may in fact be survey related. The 2021 standards also add a requirement that the surveyor include a note specifying whether the location of a right of way, easement or other survey-related matter is shown on the survey. This change incorporates common lender and purchaser requirements that were not previously enumerated in the survey standards.

Utilities
The survey must show certain matters observed during the surveyor’s fieldwork. The 2021 standards specifically add utility locate markings to this list, including the source of the markings, with a note if unknown. The new standards also expressly require that utility poles on or within ten feet of the property be shown, including the identification of all encroaching utility pole crossmembers or overhangs (without expressing a legal opinion as to the ownership or nature of the potential encroachment). This requirement was inadvertently deleted when the 2016 standards were published.

Mineral Interests
The survey standards include a list of items that may present issues outside of those normally encountered on a survey (e.g., marinas, campgrounds, mobile home parks, easements, leases and other non-fee simple interests), and which should be specifically negotiated between the client, lender, insurer and surveyor. The 2021 standards add mineral interests to this list.

Table A Items
Table A of the minimum standard detail requirements sets forth a list of optional surveyor responsibilities and specifications, which may be requested by the client. Any such items are subject to negotiation between the client and the surveyor, including any additional fee related thereto.

The 2021 standards delete two Table A items that were included in the 2016 standards. Former item 10(b) was deleted, which required a determination of whether certain walls are plumb (i.e., perfectly vertical). This item was removed because it is not rooted in any title concern (other than the possibility of an encroachment, which is separately addressed in the standards). In addition, Item 18 was deleted, which required the location of wetland delineation markers (or a note disclosing the lack thereof). This item has been the source of confusion since its initial introduction as part of the 2011 standards. In 2016, the ALTA/NSPS committee attempted to clarify that the surveyor is not required to actually delineate wetlands, but only to locate delineation markers previously set by a wetlands biologist. Confusion persisted, and thus the committee elected to eliminate this item completely.

As noted above, the 2021 standards will become effective on February 23, 2021, which coincides with the date of the historic festival of the Roman god Terminus, protector of boundary markers. If a contract is entered into for surveying services which commence prior to the effective date but will not be completed until after the new standards are in effect, the parties should specifically discuss which set of standards will apply and include an appropriate clause in their contract to that effect.

It is important that purchasers, lenders, title insurers and other industry participants familiarize themselves with the 2021 standards before contracting for, negotiating or accepting an ALTA/NSPS Land Title Survey from and after the 2021 standards’ effective date. If you have any questions related to this topic, please contact the authors.