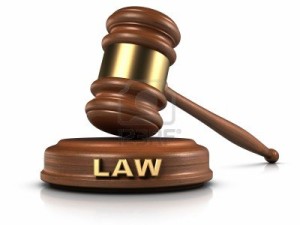 Plan” (MRHSIP), rejecting the arguments opposing EPA’s approval filed by several environmental organizations. The conservation organizations challenged EPA’s approval of Minnesota’s decision to use the Transport Rule—also known as the Cross-State Air Pollution Rule (CSAPR)—in place of source-specific best available retrofit technology (BART), and Minnesota’s reasonable-progress goals. They unsuccessfully claimed that “the Transport Rule allowances in the Plan are not ‘better than BART.'”  Of note in this opinion is that, reviewing 42 U.S.C. § 7607(b), two of the three judges on the panel concluded that the Eighth Circuit has jurisdiction because the state implementation plans’ (SIP) reliance on the Transport Rule was based on local issues. If it was nationwide in scope and effect, this case would have to be heard by the DC Circuit Court of Appeals. With that, the Court of Appeals held that EPA’s approval of the Minnesota Plan based on the Transport Rule was not arbitrary and capricious and, similarly, EPA’s approval of the plan’s “reasonable-progress” goals was proper. The Court of Appeals noted, however, that other circuit courts have issued rulings that appear to conflict with its disposition.

Under the Clean Air Act, “natural visibility in mandatory Class 1 Federal areas” is a national goal. Accordingly, states must revise their SIP to include such measures as may be necessary to demonstrate “reasonable further progress” toward the national goal. And, major sources subject to these requirements must install and operate BART. EPA, however, allows the states to develop and implement alternatives to BART. In 2012, EPA determined that its new “Transport Rule” was an acceptable alternative. A state’s long-term strategy to combat regional haze must be part of its revised SIP.

There are five electric-generating units (EGUs) subject to BART that operate in Minnesota’s two Class I areas. They are subject to BART or a reasonable alternative to BART.  Minnesota proposed using the Transport Rule rather than source-specific BART for these EGUs. EPA approved the MRHSIP in 2012, “determin[ing] that the Transport Rule was ‘better than BART.'” This approval was then challenged by the petitioners.