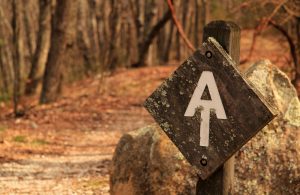 On December 13, 2018, the U.S. Court of Appeals for the Fourth Circuit held that the Forest Service was not authorized by the Mineral Leasing Act to grant a pipeline right-of-way under the Appalachian Trail to the Atlantic Coast Pipeline involving a small stretch of the Appalachian Scenic Trail.

The consequence of the Fourth Circuit’s holding is that the 2,180+ mile Appalachian Trail is subject to the permitting authority of the National Park Service, located in the Department of the Interior, and not the U.S. Forest Service, located in the Department of Agriculture. Since most of the pipeline is apparently being constructed on non-federal land, not having appropriate federal authorization for that segment could doom the project since the National Park Service is not authorized to grant rights of way. For the U.S. Government, the Solicitor General’s Office argued that the principal issue is whether the Trails Act, which was enacted fifty years ago, converts all federal, state and private lands traversed by the Appalachian Trail into lands administered by the National Park Service. This is not a result Congress could have intended, so the Trails Act, properly understood, distinguishes between the agency administering the Trail—the Park Service—from the land beneath the Trail which is administered by federal land management agencies such as the Forest Service. This aspect of the argument was criticized by some of the Justices as being somewhat metaphysical: “nobody makes this distinction in real life.” Moreover, the Government’s briefs are simply “strange to read,” according to Justice Kagan. Paul Clement, arguing his 100th case before the Court, pointed out that the pipeline will be located several hundred feet beneath the Trail and not on the surface, entering and exiting from private land to do so. This observation obviously interested some of the Justices.

However, counsel for the environmental groups that have successfully challenged the Forest Service authorization, noted that the law specifically grants the Secretary of the Interior to grant rights-of-ways “under” any segment of the Trail. Also, while acknowledging that there are 55 pipelines now in existence operating with federal rights of way, counsel also noted that no new pipeline has been granted since the Trails Act was enacted many years ago. It appears the Court will be looking for a way to make all these statutes work together.