Change is inevitable but does it have to come right in the middle of summer? The Arizona Registrar of Contractors’ (AROC) rule changes become effective in two months. 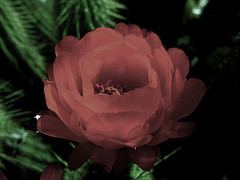 AROC warns that these changes will effect “nearly all applicants and licensees.” The new rules are expected to, among other things, change the classification of nearly 25% of the existing AROC licensees and to increase the bond amounts for all license classifications.

AROC has broken down the changes as follows:

Applications For New Licenses Submitted On Or After July 1, 2014