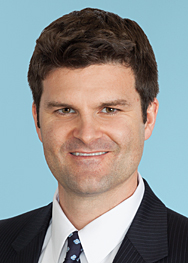 With the mantra, “Build as much as we can, as fast as we can, until it’s all done,” FasTracks is inviting P3 proposals. On its website, RTD asserts that it plans to utilize P3s to implement many of the FasTracks projects, including the light rail extension along Interstate 225. In fact, in a recent press release explaining its plans for the Northwest Rail Line, RTD stated that several FasTracks projects are already being funded and built by P3s, including the Eagle project, which consists of a segment of the Northwest Rail Line, the East Rail Line, and the Gold Line.

On March 13, 2012, RTD announced that it had received an unsolicited bid for a nine mile segment of the I-225 Project. According to the Denver Business Journal article, RTD will decide this month whether the proposed plan can be implemented. If RTD approves the proposal, it will issue a formal RFP by mid-summer in order to welcome competitive bids. This unsolicited bid could certainly assist the RTD with its financial issues. RTD is so strapped for cash that it is considering asking voters to approve a sales tax increase to fund FasTracks. Without a serious boost in funds, FasTracks is projecting at least another thirty years to complete the program.

RTD’s March 13th press release regarding the unsolicited proposal publicized the agency’s desire to welcome industry innovation in order to expedite the completion of the FasTracks program and to reduce the agency’s costs. RTD Board Chair Lee Kemp’s challenged the industry to explore options similar to the unsolicited P3 proposal: “We’ve been encouraging the industry to think outside the box and come up with innovative ways to invest in our projects and get them done sooner rather than later.”

The RTD has the Colorado legislature to thank for its ability to accept P3 proposals. One of seventeen states to accept unsolicited P3 proposals, Colorado created the “Public-Private Initiatives Program,” C.R.S. 43-1-1201 through 43-1-1209, a broad enabling statute for P3 transportation projects. Specifically, C.R.S. 43-1-1203 permits Colorado’s Department of Transportation to consider, evaluate and accept unsolicited P3 proposals.

Without P3s, FasTracks would arguably be compelled to change its mantra, as the program would be progressing at a much slower rate. Other states should follow the FasTracks program closely and see how P3s can improve infrastructure in these tough economic times.

We will keep you up-to-date on more developments to the FasTracks program.