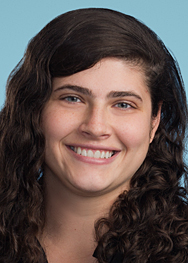 California has taken a significant step in aligning its procurement expenditures with its vanguard climate change policy. On October 15, 2017, Governor Jerry Brown signed A.B. 262, the Buy Clean California Act (Chapter 816, Statutes of 2017). Beginning in 2019, the state’s Department of General Services (DGS) is to establish maximum carbon emission levels for “eligible building materials,” consisting of carbon steel rebar, flat glass, mineral wool board insulation and structural steel. At that time, state agencies may only award contracts to bidders certifying that their sources of these materials meet the standard.

This legislation was supported by manufacturers that have invested heavily in emission reduction processes, along with labor unions and environmental organizations. The Brazilian firm Gerdau Steel, having made expensive upgrades to the only California steel mill and its other facilities, greeted the signing by saying the act will “level the playing field” against sources that have greater emissions from manufacturing and transportation.

A 2013 attempt to reward clean technologies, a 3 percent bid preference instead of an all-or-nothing passmark, was unsuccessful (Assembly Bill 963). Earlier versions of the current act included cement, asphalt and fittings, but those materials disappeared from the final legislation. The affected authorities are state agencies, along with the University of California regents and California State University trustees. Local agencies, as defined in the Public Contract Code, are not covered.

DGS is to set the maximum at “the industry average of facility-specific global warming potential emissions,” determined by consulting “nationally or internationally recognized databases of environmental product declarations.” An analysis in the Assembly Appropriations Committee stated that the fiscal effect could be in the millions of dollars in added project costs. Depending on the level at which DGS sets the maximum, the act could disqualify many sources of supply and competition. If the standard eliminates a category of interstate or foreign sources, further objections may arise even for a state’s restricting its own procurement efforts. The maximum, and the implementation and effectiveness of the law, are to be re-evaluated by DGS every three years.

The act cites Governor Brown’s 2015 Executive Order B-30-15, requiring state agencies “to take climate change into account in their planning and investment decisions and employ full life-cycle cost accounting to evaluate and compare infrastructure investments and alternatives.” These agencies are to “develop and implement emissions reduction programs to reach the state’s 2050 target and attain a level of emissions necessary to avoid dangerous climate change.”