Recently I’ve come across a number of articles reporting on what I will refer to as the “bliss” factor for employees, measuring, for example, happiness with their current career path, with the city in which they work, etc. 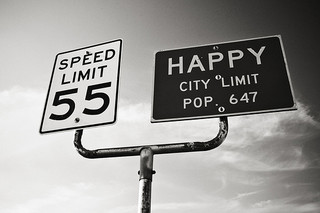 CareerBliss has published a number of bliss lists, evaluating what it considers to be the “key factors” which affect work happiness, including, for example: “one’s relationship with their boss and co-workers, their work environment, job resources, compensation, growth opportunities, company culture, company reputation, their daily tasks, and job control over the work that they do on a daily basis” to come up with an overall “bliss rating” or “bliss score.” A number of you with careers in the construction industry have reported that you are blissfully happy.

Recently, CareerBliss posted its list of Top 20 Happiest Jobs for 2014:

CareerBliss also recently posted its list of Top 10 Happiest and Unhappiest Cities to Work in 2014.

Additional Sources: CareerBliss, Top 10 Happiest and Unhappiest Cities to Work in 2014; CareerBliss, Top 20 Happiest Jobs in America for 2014 (Feb. 5, 2014); Forbes, The Happiest And Unhappiest Industries In 2014 (Feb. 24, 2014); CareerCast, The Least Stressful Jobs of 2014; CareerCast, The Most Stressful Jobs 2014; CareerCast, Jobs Rated 2013: Ranking 200 Jobs From Best to Worst; Pillsbury, Surprisingly, California Didn’t Make The Top Out-Bound Or In-Bound States Lists … But, You Might Be Surprised By Which Did
Photo: Charles Henry, Aug. 23, 2011 – Creative Commons