Since the celebrated Supreme Court decision of Tennessee Valley Authority v. Hill, which for a time sidetracked the 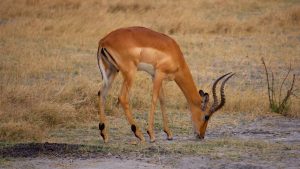 construction of the Tellico Dam, the Endangered Species Act (ESA) has been recognized as a potentially powerful impediment to the construction of many projects. However, as demonstrated by the Congressional response to that case, the Congress can be persuaded to make exceptions from time to time, rare as that may be. The recent Friends of the Animals ruling by the U.S. Court of Appeals for the DC Circuit is also illustrative of this power of the Congress.

On June 3, 2016, the Court of Appeals, in Friends of Animals v. Jewell, affirmed the district court and upheld the Fish and Wildlife Service’s reinstatement of the “Captive-Bred Exemption.” This exemption allows protected antelope species that are bred in captivity to be exempted from ESA’s Section 9 prohibitions against taking such species without a permit. The Court first held that the plaintiffs, an advocacy group, under Federal Election Comm’n v. Akins, has “informational standing” that allowed it to bring this lawsuit. According to the Court, by enacting this exemption, the Congress has denied the plaintiffs information regarding permitting requirements, and this is considered an “injury in fact” under circuit precedent. Turning to the merits, the Court held that the action by the Congress was constitutional, as it did not represent an unconstitutional intrusion into matters committed to the authority of the judicial branch, and “there can be no doubt that the Service was fully authorized to reinstate the Captive-Bred Exemption.”

In 2009, the District Court held that the exemption, initially crafted in 2005, violated Section 10(c) of the ESA. The District Court relied on the words of the statute that say that “[t]he Secretary shall publish notice in the Federal Register of each application for an exemption or permit which is made under this section.” The District Court then concluded that, “[a]fter examining the text, context, purpose and legislative history of section 10,” it was clear that “subsection 10(c) requires case-by-case consideration before the [Service] may permit otherwise prohibited acts to enhance the propagation or survival of endangered species.” This ruling is referred to as Antelope I. On July 7, 2011, the Service published a proposed rule to withdraw the exemption and, on January 5, 2012, it issued a final rule removing the exemption.

“Before the end of the 60-day period beginning on the date of enactment of this Act, the Secretary of the Interior shall reissue the final rule published on September 2, 2005 (70 Fed. Reg. 52310 et seq.) without regard to any other provision of statute or regulation that applies to issuance of such rule.”

On March 19, 2014, the Service complied with Section 127 and reinstated the Captive-Bred Exemption. On May 5, 2014,  Friends of Animals again filed a lawsuit challenging the action, asserting that it violated the ESA and that it was also constitutionally flawed. This time, the lawsuit was dismissed on the merits, and the appeal followed.

The Court of Appeals concluded that the Friends of Animals had standing because “[i]n enacting Section 127, Congress compelled [the Service] to issue the Reinstatement Rule, which eliminates the applicability of individual Section 10 permitting requirements that would otherwise have been necessary to engage in prohibited activities that enhance the propagation or survival of the three antelope species.” It noted their “goals and organizational activities,” and found that “there is no reason to doubt Friends of Animals’ standing here.”

With regard to the merits, Friends of Animals argued that “Section 127 is unconstitutional because it infringes upon the judicial power of Article III courts in violation of the separation of powers doctrine.”  It contended that “Section 127 ‘simply reverses [the court’s] final judgment in Antelope I and must be found unconstitutional.”  The Court of Appeal disagreed, noting that “Section 127 is not retroactive legislation because it does not establish what the law was at an earlier time. Likewise, Section 127 does not apply to a case already decided and does not overturn the court’s determination in Antelope I – it simply alters the prospective effect of Section 10 of the [ESA] by exempting U.S. captive-bred herds of the three antelope species from the [ESA’s] Section 9 prohibitions going forward.” The Court of Appeals went on to confirm that “Congress undoubtedly may change the precedential value of a decision by passing prospective legislation, which is what Congress chose to do when it enacted Section 127.”

Friends of Animals further argued that the Reinstatement Rule should be set aside under the Administrative Procedures Act (APA) because, as it previously successfully argued, “it violates Section 10(c) of the [ESA] for the reasons articulated by the United States District Court for the District of Columbia in Antelope I.”  The Court of Appeal disagreed, confirming again that “Section 127 did amend the applicable law by directing the Secretary of the Interior to reissue the Captive-Bred Exemption ‘without regard to any other provision of statute or regulation that applies to issuance of such rule,” and the Service “fulfilled Congress’ directive by issuing the Reinstatement Rule, which is in compliance with the [ESA] and does not violate the APA.”