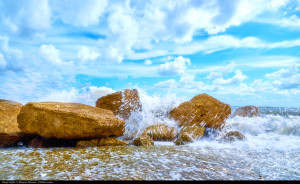 The U.S. Environmental Protection Agency (EPA) and the U.S. Army Corps of Engineers’ (Corps) have finalized their much-discussed joint “waters of the United States” definition and rule. This regulatory definition controls the scope and scale of these agencies’ regulatory authority under the federal Clean Water Act (CWA). It was slated to go into effect August 28, 2015. However, on August 27, 2015, the U.S. District Court for the District of North Dakota, in State of Ohio, et al., v. U.S. Army Corps of Engineers, issued a preliminary injunction staying implementation of the new rule in the States of North Dakota, Alaska, Arizona, Arkansas, Colorado, Idaho, Missouri, Montana, Nebraska, Nevada, South Dakota, Wyoming, and New Mexico pending further proceedings. The Court also decided that the stay is limited to these states. Then, on October 9, 2015 the U.S. Court of Appeal for the Sixth Circuit, in a separate proceeding, entered a nationwide stay of the rule to give the court additional time to determine if it, rather than the district courts, has jurisdiction to hear these appeals. Challenges to the rule are pending in other district courts as well. The litigation already engendered by this new rule indicates that the rule will be before the federal courts and there will be significant uncertainty for some time to come.

If the regulation is ultimately upheld, its full impacts upon the construction industry remain to be seen as implementation trends emerge and evolve in the next few years and the courts determine what portions of the rule survive, and what, if any, limits to put on the agencies’ jurisdiction. However, one thing is highly likely–the construction sector should plan for an expansion of federal oversight in construction planning and activities, with a greater number of projects likely to trigger federal jurisdiction than in the past. As always, the industry should pay particular attention to projects that could affect wetlands. The industry will also need to focus on projects that affect water crossings, including urban waterways, which is typical of pipeline construction projects. Moreover the industry will need to be concerned with project impacts to other water features that can be thousands of feet away from streams and lakes that would be considered jurisdictional under current rules

The agencies’ previous definition of “waters of the United States” was adopted in 1986 and functions as the lynchpin for such substantial regulatory programs as the Corps’ wetlands and dredge and fill permit regime, EPA’s National Pollutant Discharge Elimination System (NPDES) CWA permitting rules, including stormwater regulation, and oil spill regulation. Applying for federal permits and complying with these regulatory programs can also subject regulated activities to other complex regulatory programs, such as those under the Endangered Species Act and the National Historic Preservation Act.

The CWA, one of the nation’s oldest and most important environmental laws, aims to “restore and maintain the chemical, physical and biological integrity of the Nation’s waters.” Among the agencies’ potent tools for achieving this goal under the law is the prohibition against the unpermitted discharge of “pollutants” (a broadly defined term), including dredged and fill material, into “navigable waters.” As the law’s implementing agencies, EPA and the Corps are authorized to protect the country’s “navigable waters,” a term that is simply and opaquely described in the law as “waters of the United States.” The imprecision of this terminology essentially leaves it to the agencies to define the contours of their own jurisdiction through the adoption and enforcement of regulations.

To that end, since 1973 EPA and the Corps have adopted a series of regulations interpreting and implementing the CWA’s vague and ambiguous definition of “waters of the United States.”  Encouraged by some courts, the agencies have tended to read the term broadly, beyond what agency critics maintain was intended by the original conception of “navigable waters,” i.e., those waters subject to federal versus state jurisdiction. Not surprisingly, these regulations and the agencies’ implementation of them in particular scenarios have been frequently challenged in court by industry and environmental groups alike. The many court challenges have produced a complex and often conflicting, patchwork of judicial rulings that have further complicated the agencies’ regulatory authority.  Indeed, some U.S. Supreme Court justices have openly implored Congress and the agencies to re-define “waters of the United States” in the wake of these rulings so that the regulated community are able to reasonably understand the regulatory requirements and the agencies and the courts will have better benchmarks for adjudicating compliance.

The agencies assert that their new rule simplifies the meaning of “waters of the United States” while improving protection of the nation’s water resources. Critics contend that the rule only replaces old uncertainties with new ones while substantially and improperly expanding federal jurisdiction. Under the new rule, “waters of the United States” will consist of the following categories of waters deemed “jurisdictional-by-rule” (meaning that no case-by-case analysis is necessary to establish jurisdiction):  Interstate commerce waters (as historically understood); interstate waters; the territorial seas (sometimes known as tidal waters); all impoundments of waters of the United States; all tributaries (as defined in the rule) of these waters; and all waters “adjacent” (as defined again by the rule) to these waters.  The new definitions of tributaries and adjacent waters are particularly broad, extending federal “tributary” jurisdiction “upstream” as far as the headwaters and “adjacent waters” jurisdiction laterally thousands of feet past traditional current limits of federal jurisdiction.

In addition to these jurisdictional by rule categories, the agencies may determine that water features are jurisdictional on a case-by-case basis, applying the agencies new “significant nexus” approach, because of their potential impact on or connection to traditional navigable waters.  The rule also includes several narrow exclusions, meaning that otherwise regulated activities that affect these specified waters will never be subject to federal permitting and enforcement.  Some of these exclusions address the concerns of the agricultural sector and municipalities dealing with stormwater control issues.

The new rule is very complex, and there is no doubt that it will be both complex and controversial in its implementation. Judicial challenges to the rule will likely take some years to play out. In spite of the intense opposition to the regulation as currently written, EPA and the Corps are determined to implement a major expansion of CWA jurisdiction. Although this rule is stayed at least temporarily, the regulated community should become familiar with the major elements of the expanded regulation. Proponents of pending and soon-to-be-proposed construction projects should consider whether such projects could affect both traditional wetlands and water crossings, as well features in the project vicinity that have never before been considered jurisdictional and, are therefore, subject to the CWA’s regulatory requirements; such projects may benefit from contingency planning, i.e., evaluating how their projects could be impacted by these regulations if upheld and preparing potential adjustments. Although less pertinent to the construction industry, it is important to note that the new rule also has implications for chemical spill planning and spill control, especially spills involving oil and petroleum products or their storage where an unpermitted discharge may trigger compliance and enforcement issues.

Under the new rule, many projects formerly thought to be exclusively within state or local jurisdiction would not be able to proceed without a federal permit or at least a jurisdictional determination by the Corps. This determination process can be complicated, protracted and expensive. A failure to make a defensible evaluation of CWA jurisdiction and abide by the Act’s applicable regulatory requirements could expose companies and individuals to government enforcement actions as well as citizen suits, lawsuits prosecuted by private individuals and organizations and which can play an out-sized role in the enforcement and implementation of the CWA.