In Americans for Clean Energy, et al v. EPA, decided July 28, 2017, the U.S. Court of Appeals for the District of Columbia 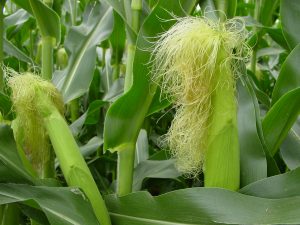 The case consolidated petitions from various stakeholders, whose challenges to the rule included the following:

The Court of Appeals rejected these various challenges but did remand to the agency the volume of renewable fuel that refiners and importers are required to buy for 2016. EPA had invoked its “inadequate domestic supply” waiver authority to reduce volumes of renewable fuels. EPA reasoned that “demand-side” factors could be used to determine whether an inadequate domestic supply situation existed, warranting relief. Citing concerns about the “blendwall”—the inability of the existing fuel infrastructure to absorb ethanol concentrations above 10 percent—EPA reduced renewable fuel volumes below levels required by the statute.

The Court of Appeals ’s decision was based on a textualist reading of the term “supply.” Judge Kavanaugh expressed sympathy for obligated parties but noted that even if the law sets up a “crazy regime” that is “flawed,” Congress must fix it, not the courts.

Refiners had also challenged EPA’s unwillingness in the rule to reconsider shifting the point of obligation from refiners and importers to blenders downstream. The Court of Appeals did not adjudicate the issue, instead saying that EPA could consider this when the agency revisits the “inadequate domestic supply” waiver provision on remand.

The long-term impact of this decision is that EPA can no longer use concerns about the ethanol blendwall to reduce renewable fuel volumes. The Court of Appeals did leave open the possibility that EPA could invoke a waiver of required volumes if EPA showed a severe economic harm would result.  This is unlikely, as it would require a higher showing of harm than EPA demonstrated in this rule.

EPA now must reconsider how to address renewable fuel volumes for 2016, which, due to the general waiver authority it had invoked, were 500 million gallons below statutory levels. In remanding the rule to EPA, the court did not tell the agency how it must resolve the issue. Obligated parties presumably will have to purchase credits to account for any volumes that should have been required in 2016.  EPA may allow obligated parties to carry forward their 2016 deficits of renewable fuel credits for more than the usual one year.  EPA could also allow obligated parties to use carryover Renewable Identification Numbers (RINs) (those unused from the previous year) to meet more than 20 percent of annual obligations.