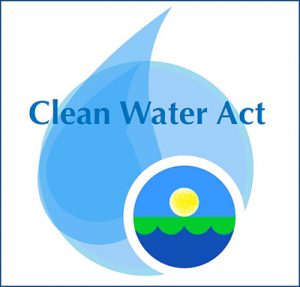 The pre-publication version of the final rule to be promulgated by EPA and the U.S. Army Corps of Engineers (ACOE) to repeal the 2015 redefinition of the Clean Water Act’s term “Waters of the United States” which is the linchpin of these agencies’ regulatory power under the CWA, was made available on September 12, 2019. The rule should be published in the Federal Register in the next few weeks, and it will be effective 60 days thereafter. Many challenges are expected to be filed in the federal courts.

The 2015 rule was very controversial, and petitions challenging the rule were filed in many federal district courts, several courts of appeal, and finally in the Supreme Court (see NAM v. Department of Defense), which held that all initial challenges must be filed in the federal district courts. The upshot of these challenges is that, at this time, the 2015 rule has been enjoined in more than half the states while the other states are bound by the 2015 rule, a situation which is frustrating for everyone.

Briefly, the 2015 rule defined “Waters of the U.S.” to include all waters which are currently used, were used in the past or may be susceptible to use in interstate and foreign commerce; all interstate waters; the territorial seas; all impoundments of waters otherwise identified as waters of the United States; and three new categories—all tributaries of primary waters; “adjacent and neighboring waters” as now defined; and waters that are determined on a case-by-case basis to be regulated waters if they have a significant nexus to a primary water. By way of contrast, the restored pre-2105 rule includes waters used or that were used in interstate or foreign commerce; all interstate waters including interstate wetlands; all other waters whose use, degradation or destruction could affect interstate or foreign commerce; all impoundments of waters otherwise defined as waters of the U.S. under this definition; tributaries of waters identified above; the territorial sea; and wetlands adjacent to waters identified above. These waters specifically do not include “prior converted cropland” The pre-2015 rules were the subject of three important Supreme Court rulings—U.S. v, Riverside Bayview (1985), SWANCC v. USACOE (2001) and Rapanos v. United States (2006)—and the Court expressed the wish that the agencies would develop a rule which was much clearer and was not too aggressive in its assertions of federal jurisdiction.

The agencies realize that the transition back to the older rule may present difficulties to the agencies and the regulated community, but the agencies note that everyone has had plenty of experience with the older rule, and there will be ample governmental guidance available.