Many construction projects are subject to the regulatory requirements of the Clean Water Act (CWA), including the 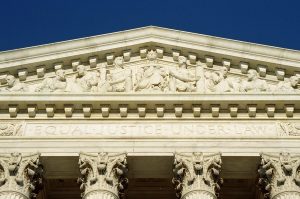 In 2012, the U.S. Supreme Court issued a unanimous ruling in the case of Sackett v. Environmental Protection Agency, holding, for the first time, that EPA’s issuance of an Administrative Compliance Order under the CWA which provided that the Sackett’s residential property contained “navigable waters” subject to the CWA was a “final agency action” for which judicial review could be obtained under the Administrative Procedure Act (APA). The Court noted that the APA creates a presumption favoring judicial review of administrative actions, and there was nothing in the CWA or its legislative history precluding judicial review under the APA in the federal courts.  Hawkes Co., Inc., another unanimous ruling, establishes that the Corps of Engineers’ “approved jurisdictional determinations” under its CWA authority are also final agency actions judicially reviewable under the APA.

The CWA prohibits the discharge of any pollutant into the “navigable waters of the United States” without a permit, and the Corps of Engineers, during the time period relevant to the case, writes the Chief Justice, has applied its regulatory definition of the “waters of the United States” “to over ‘270-to-300 million acres of swampy lands in the United States ─ including half of Alaska and an area the size of California in the lower 48 states.’” The Court notes that it is often difficult to determine whether a particular piece of property contains waters of the United States, “but there are important consequences if it does.” The scope of this authority, the cost and length of the permit process, and the definitive nature of approved jurisdictional determinations persuaded the Court that the “finality” test of Bennett v. Spear was satisfied, and therefore such agency actions are “final” for purposes of APA review.

In the instant action, the Corps of Engineers determined that the property owned by Hawkes contained “water of the United States” “because its wetlands had a ‘significant nexus’ to the Red River of the North, located some 120 miles away.”

Justice Kennedy, whose concurring opinion in Rapanos v. United States has had significant consequences for the recent redefinition of “waters of the United States,” issued a very interesting concurring opinion in this case. He notes that the “reach and systemic consequences of the Clean Water Act remain a cause for concern.” In another aside, Justice Kennedy notes the “ominous reach of the Act,” and that the CWA, “especially without the JD procedure were the Government permitted to foreclose it, continues to raise troubling questions regarding the Government’s power to cast doubts on the full use and enjoyment of private property throughout the Nation.”