In the case of Defenders of Wildlife. et al., v. Zinke., et al., the U.S. Court of Appeals for the DC Circuit reversed the U.S. 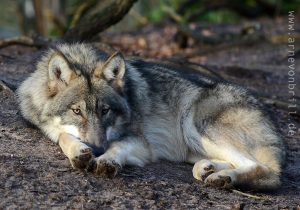 District Court for the District of Columbia, and reinstated the U.S. Department of the Interior’s  2012 decision to delist the Wyoming Gray Wolf, which had been listed as an endangered species under the Endangered Species Act (ESA) in 1973. The District Court vacated the rule, holding that the Fish and Wildlife Service’s determination that that the State of Wyoming had put in place adequate regulatory mechanisms in the conservation management plan of the State of Wyoming (Wyoming Management Plan) to protect the wolf was arbitrary.

The delisting decision was based on federal and state cooperative efforts to develop an adequate regulatory framework within the parameters of the ESA, and the DC Circuit held that the Service exercised its judgment in a reasonable way in concluding that the Wyoming Management Plan will adequately protect the Gray Wolf after delisting. In addition, while the District Court stressed the fact that, in its view of the ESA, the Wyoming Management Plan was not legally enforceable, the DC Circuit held that “nothing in the ESA demands that level of certainty.”

This case is important because it confirms the importance of sound federal and state cooperative approaches to the protection of these species. The opinion of the DC Circuit, in its exposition of the ESA and the plans before the court, is really exceptional.