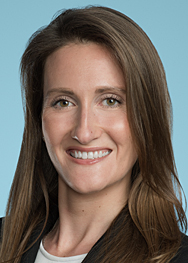 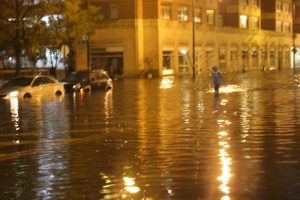 maps. The need for updating FEMA’s flood maps has become more than apparent since at least 2005. Cities like New York, Houston, and Baton Rouge, which have been devastated by floods in recent years, are all too familiar with the shortcomings of FEMA’s flood maps. New York City, in particular, suffered in the wake of Hurricane Sandy, when approximately 80% of those who experienced flood damage did not have flood insurance.

Flood maps are developed by FEMA to identify areas in which floods are most likely to occur. They represent the government’s best estimates of flood plains or so-called flood zones. “Estimates” is an appropriate term, as the flood maps have a track record of being inaccurate.

Those who own property inside the flood zones, as identified on the maps, are typically required to buy flood insurance, per federal law.

Flood risk in any given area, however, can change over time due to new development, climate change, rising sea levels, and other factors. FEMA’s current maps do not account for climate change, rapid rain accumulation, how buildings are constructed, or expected population growth, among other things.

But now, FEMA and New York City are working to change that. For the first time since 1983, FEMA is updating its flood maps for New York City to account for the consequences of climate change, like rising sea levels and more powerful storms.

Updating the flood maps will have significant impacts on property owners inside and outside of the FEMA-designated flood zones, and will affect the construction of future developments and the cost of flood insurance for both new and existing structures. While some may see expanding the flood plains to be a positive change—it would require the purchase of flood insurance by owners of property in flood zones and raise awareness of the flooding issue—others may find it highly problematic.

Any new construction—including highways, bridges, buildings, and houses—may need to be built at increased elevations. Cities may also consider building more reservoirs or floodwater diversions. Some builders may decide to stay out of the newly-designated flood plains altogether.

In addition, redrawing the flood zones could place more residents and buildings in high-risk flood zones. The affected residents and property owners would then be required to purchase flood insurance, which can be expensive. Any individuals renting real estate may also be required to hold flood insurance. Even worse, owners of property in newly-drawn flood zones may see reduced property values. In certain neighborhoods, these changes could lead to increased loan defaults, lower tax revenue, and hardships for current residents.

One way or the other, updating FEMA’s flood maps is going to be expensive for someone.