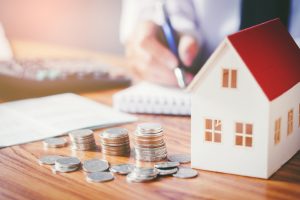 On March 23, President Trump signed into law the Consolidated Appropriations Act, 2018, a $1.3 trillion spending package that includes a 12.5% increase in low-income housing tax credit allocations over the next four years, along with funding increases for several affordable housing programs. This is welcome news to affordable housing developers who have been facing funding gaps as a result of reductions in the corporate tax rate under the Tax Cuts and Jobs Act enacted in late 2017, which led to reduced pricing from equity investors.

The new law increases the state housing credit ceiling for years 2018 through 2021 by 12.5%, after taking into account applicable cost-of-living adjustments. Also included in the spending package are increased appropriations for tenant- and project-based rental-assistance programs, the public housing capital fund, the HOME Investment Partnerships Program, Community Development Block Grants, and other HUD programs. While these increases will not completely offset the gaps created by the corporate tax rate decrease, they will allow for an increase in production of affordable units.

While these combined measures are being celebrated by the affordable housing industry, many are pushing for more to be done to offset the deficit created by the lowered corporate tax rate and address the current affordable housing crisis in many communities and regions of the county. The new legislation incorporated some provisions from the Affordable Housing Credit Improvement Act, which was introduced in 2017 by Sen. Maria Cantwell and Senate Finance Committee Chairman Orren Hatch and is intended to expand and strengthen the low-income housing tax credit. Affordable housing industry leaders and advocates had hoped that this Act would be included wholesale in the new spending plan, and continue to work with Congress to garner bipartisan support for passing the remaining provisions. Versions of the Act have been introduced into both chambers of Congress and are officially co-sponsored by 38 members of the Senate and 143 members of the House. In addition, organizations from all fifty states have endorsed this proposed legislation.