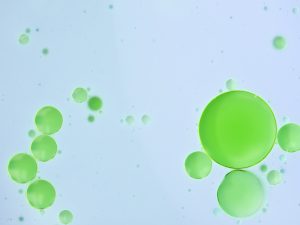 Hydrogen is gaining global recognition for its potential as a key player in the energy transition. Investors and businesses are exploring opportunities across multiple sectors, including energy, manufacturing, transport and finance. According to a report by Bloomberg, the current pipeline for global hydrogen projects is worth an estimated $90 billion. The EU is not going to be left behind, with a focal point of its Green Deal being on hydrogen.

The EU’s executive branch (the European Commission or EC) has confirmed its commitment to increasing hydrogen projects across the bloc, with a priority on green hydrogen. Its Hydrogen Strategy, released in March, states that hydrogen is “essential to support the EU’s commitment to reach carbon neutrality by 2050 and for the global effort to implement the Paris Agreement while working towards zero pollution.”

Hydrogen can be used as a feedstock or as a fuel in heavy industry, transportation and many other sectors. Hydrogen does not emit carbon or other greenhouse gases and has therefore become an important part of the EC’s target for carbon neutrality by 2050. Whilst electrification technology has advanced rapidly, there remain certain industries that simply are not suited to being powered by electricity. Hydrogen, as a transportable fuel, has been earmarked to fill this gap.

The EC’s Hydrogen Strategy sets out a roadmap consisting of three phases for the development of hydrogen. The first phase (2020 – 2024) focuses on building the appropriate infrastructure for hydrogen production, including developing a regulatory framework, stimulating the hydrogen market and manufacturing electrolysers at scale. It is anticipated that green hydrogen won’t become cost-competitive until phase two (2025 – 2030) when hydrogen clusters will be developed and distribution networks will be refined. The aim is that by 2030 renewable hydrogen technologies will be sufficiently developed to be widely rolled out during phase three (2031 – 2050).

Challenges
According to the Hydrogen Strategy, green hydrogen projects are the priority for the EU. Green hydrogen is currently made from water by renewables-powered electrolysis. Green hydrogen therefore inherently relies on there being sufficient renewable energy production as well as new alternative technologies for electrolysis which also are free of greenhouse gas emissions. It is envisaged that the green hydrogen will be produced using mainly wind and solar energy in Europe and possible implementation of some of these new technologies.

In addition to the current lack of renewable infrastructure for green hydrogen to piggyback, critics of the EU’s plan have raised concerns regarding the reliance on hydrogen produced from fossil fuels in the short term.

Currently over 99 percent of the world’s hydrogen production comes from hydrocarbons. The majority of this is grey hydrogen, which is produced from natural gas (with a carbon dioxide biproduct). Ideally this carbon is captured and stored or utilized to significantly reduce the emissions of greenhouse gases. Hydrogen produced in this manner is known as blue hydrogen. However, there is currently no carbon mitigation technology being used in any major hydrogen project in Europe.

There are calls for the EU to focus its efforts (and funding) on green hydrogen in the short term rather than encouraging the use of grey hydrogen, which is accused of sending the wrong message. However, others see this as an opportunity to develop carbon capture and storage technologies and turn the gray hydrogen blue. There is much industry interest in increasing the production of blue hydrogen.

There are also concerns regarding the costs associated with rolling out the hydrogen plans and its scalability. Currently green hydrogen production is too expensive to be widely deployed. Work will need to go into inventing and manufacturing low-cost electrolysers and other green technologies for the production of hydrogen. There will also be huge costs involved with developing the infrastructure and transporting networks needed to grow an integrated hydrogen energy system.

Conclusion
Whilst there is clearly much work to be done, it appears that the EU has the appetite to develop its hydrogen production network and the inclination to invest. According to the Hydrogen Strategy: “the share of hydrogen in Europe’s energy mix is projected to grow from the current less than 2% to 13-14% by 2050.” The strategy also sets out specific key actions for the coming years. With the impact of the COVID-19 crisis destabilizing markets, in addition to other possible geopolitical challenges and questions regarding scale, it will be interesting to see whether the potential of hydrogen is finally fully realized.