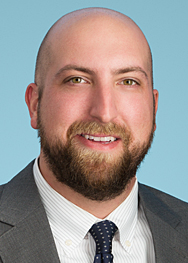 The Los Angeles County Metropolitan Transportation Authority (Metro) is the agency that operates public transportation for all of Los Angeles County. With the passage of Measure M by voters in 2016, Metro has signaled their intent to improve and expand public transit in L.A. County. Just this year, Metro adopted “Twenty-Eight by ’28,” an initiative spearheaded by Mayor Eric Garcetti. The initiative aims to complete 28 major transportation projects by the 2028 Summer Olympic Games, set to be hosted in Los Angeles. This is an ambitious goal. Of the projects listed, 17 are already scheduled to be completed by 2028; however, eight have schedules that would need to be advanced, and three would need new funding resources.

In order to secure accelerated funding, Metro has been publicly exploring the option of using Public-Private Partnerships (P3). In this type of partnership, a public agency trades some sort of long-term return, such as fares or tolls collected, in return for a private investment. P3s, while becoming increasingly common in the United States, have never been used on the scale of a multi-billion dollar rail line through one of the most densely populated corridors in the country. Given the uptick in interest by local governments to utilizing P3s to fund infrastructure projects, an understanding of the P3 laws in California will be extremely important for companies hoping to take advantage of such opportunities.

One of the main advantages of the IFA for both the public and private partner are the broad exemptions granted from many standard contracting limitation in the Government and Public Contract Codes. This flexibility was intentional—giving local agencies broad latitude to “utilize private investment capital” to meet their needs (Cal. Gov’t Code § 5956.1). Instead of the traditional public bidding process, the statute requires “competitive negotiation” and also affirmatively allows agencies to consider unsolicited proposals. Competitive negotiation is something different, and less stringent, than competitive bidding. Local government agencies have the authority to develop projects proposed by a private entity and then competitively negotiate exclusively with that single entity (Cal. Gov’t Code § 5956.5). This competitive negotiation process works like an arms-length transaction in the private sector and is based on a best value methodology.

Other than competitive negotiation, the only other constraints on the selection process written into the IFA are three general requirements:

Nevertheless, the IFA does limit an agency’s authority to pursue P3s to “fee-producing infrastructure project[s] or fee-producing infrastructure facilit[ies],” meaning the “project or facility will be paid for by the persons or entities benefited by or utilizing the project or facility” (Cal. Gov’t Code § 5956.3). Examples of fee-producing infrastructure facilities or projects include airports and runways, tunnels, highways or bridges, commuter and light rail, and municipal improvements, among others (Cal. Gov’t Code § 5956.4). It should also be noted that revenues cannot be diverted by the local governmental agency for other purposes (Cal. Gov’t Code § 5956.6). Additionally, any agreement for the government entity to lease the facilities to the private entity is limited to a maximum of 35 years, at the end of which, ownership and possession must revert to the agency at no charge.

Though the positives and negatives of public-private partnerships differ from project to project, it’s easy to see the appeal of P3 in situations where time is of the essence. Traditional contracts without any private financing typically require a cumbersome competition process. P3s, on the other hand, can be awarded on a sole-source basis as long as the finalized contract followed a “competitive negotiation” process.