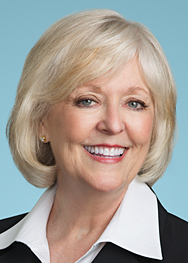 Today, the U.S. Supreme Court held that there was no compensable taking of Petitioners’ property in Murr v. Wisconsin. Petitioners who own two adjacent lots along a waterfront in Wisconsin were not deprived of all economically beneficial use of their property. A formalistic approach to the issue was rejected. Instead of relying solely on lot lines, the Court considered fairness and factual analysis, noting its regulatory takings jurisprudence is based on flexibility.

As the Court noted, the classic example of a taking under the Takings Clause of the Constitution is “when the property has been occupied or otherwise seized” by the government. The Murr owners argued that a taking had occurred because of regulations that prevented them from improving or selling their lots separately. State and local ordinances prohibited the separate use or sale of adjacent lots that were commonly owned, unless the lots had at least one acre of land that was suitable for development. Because of the characteristics of the lots, this exception did not apply.

The Court focused on what it considered the relevant guidelines for determining when a government regulation—in this case the restriction on the development of the lots—had gone too far, constituting a taking of property. The essential step was determining the property to be analyzed, put another way, the denominator from which to base the analysis. After looking at the statutes and regulations applicable to the two properties, the local regulatory scheme, the physical characteristics of the properties, and the objectively reasonable expectations for the uses of such properties, the Murr denominator was determined to be the two adjacent properties together.