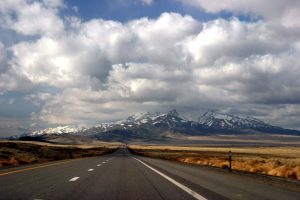 issued a unanimous ruling affirming the decision of the intermediate Court of Appeals that the North Carolina Department of Transportation’s (NCDOT) use of the state’s Roadway Corridor Official Map Act (Map Act) amounted to a taking of the plaintiff’s property without just compensation. On remand, the Supreme Court directed the lower court to determine the value of the loss of these fundamental rights in their property.

The highway project that is at the heart of the Kirby case is alleged to have been in the planning stage since 1965 and shown on the planning maps since 1987, with the route determined by the 1990s. The plaintiff landowners filed separate complaints against NCDOT asserting constitutional claims based on alleged taking without compensation, and these claims were consolidated for case management purposes. The trial court denied relief, holding that NCDOT was asserting its police power, and that a regulatory taking through the exercise of its police power occurs only when the statute deprives the owners of all practical use of their property and that the mere recording of these maps does not constitute a taking.

The Court of Appeals reversed the trial court, holding that NCDOT’s actions were not exercises of NCDOT ’s police power; indeed, the Court of Appeals viewed the Map Act as cost-controlling legislation that allows NCDOT to employ the power of eminent domain. By imposing restrictions on the use of the plaintiffs’ property, the Map Act resulted in a taking of their “elemental property rights.”

In affirming the Court of Appeals, the North Carolina Supreme Court held that the Map Act is not a valid, regulatory use of the police power; that the right to own property is a “fundamental right … as old as our state;” and “[f]rom the very beginnings of our republic we have jealously guarded against the governmental taking of property.” It observes that the state must compensate for taking property rights by eminent domain, noting that damages resulting for the use of an agency’s police power are not compensable. In sum: “By recording the corridor maps at issue here, which restricted plaintiffs’ rights to improve, develop and subdivide their property for an indefinite period of time, NCDOT effectuated a taking of fundamental property rights.”