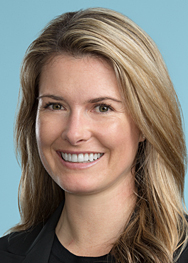 Assembly Bill 2237, which took effect January 1, 2013, confirms that anyone, including a consultant to an owner-builder, who provides or oversees bids for construction, arranges for subcontractor work and schedules, and/or has oversight for a home improvement project is, in fact, acting in the capacity of a contractor and must be state-licensed for any project that is more than $500 in combined labor and material costs. “Consultant” is defined as “a person, other than a public agency or an owner of privately owned real property to be improved, who meets any either of the following criteria as it relates to work performed pursuant to a home improvement contract as defined in [Business & Professions Code section] 7151.2: (A) Provides or oversees a bid for a construction project. (B) Arranges for and sets up work schedules for contractors and subcontractors and maintains oversight of a construction project.” To read A.B. 2237, click here.

The CSLB sponsored the bill as “a valuable consumer protection measure.” CSLB Registrar Steve Sands commented: “All too often, people who don’t have a state contractor license call themselves construction consultants and encourage property owners to take on a home improvement project as the owner-builder. The so-called consultant collects a fee and many times leaves the homeowners with all of the project responsibility and liability.”

The new law addresses to some extent California’s Second District Appellate Court’s decision in The Fifth Day, LLC v. Bolotin, 09 C.D.O.S. 4019 (March 30, 2009), clarifying the definition of “consultant.” The Fifth Day court, in a case of first impression, considered whether an entity that provided construction management services to a private owner was required to be licensed under the California Contractor’s State License Law, Business & Professions Code section 7026. In a 2-to-1 decision, the Fifth Day court concluded that the services contemplated under the agreement in question did not cause the construction management company to fall under section 7026’s definition of “contractor.” To read our Client Alert entitled California Appellate Court Confirms that Certain Construction Managers Need Not Be Licensed Contractors, click here.