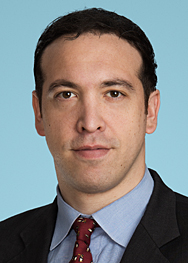 The NDAA creates a new headache for disappointed bidders for government contracts but the Civilian Task Order Act resolves another. Congress had incorporated a sunset provision for GAO protest jurisdiction for DoD and civilian agencies’ task order awards in the 2012 NDAA. In 2013, Congress eliminated the sunset clause for the DoD in 10 U.S.C. § 2304c(e), but not for civilian agencies in 41 U.S.C § 4106(f)(3). Because Congress did not eliminate the sunset for civilian agencies, the GAO’s task order jurisdiction expired on September 30, 2016 for civilian task orders exceeding $10 million, resulting in GAO’s dismissal of protests for lack of jurisdiction. After September 30, 2016, contractors could only protest the award of a civilian agency task order on the basis that the order increased the scope, period, or maximum value of the underlying indefinite delivery indefinite quantity (IDIQ) contract.

With the passage of the 2017 NDAA, Congress significantly altered the GAO’s permanent authority for DoD contractors pursuing a task order protest. The NDAA amends 10 U.S.C. § 2304c(e)(1)(B) by increasing the GAO’s jurisdictional threshold value for DoD task orders from $10 to $25 million. This sizable increase in the threshold value will have a significant impact on DoD acquisitions. Disappointed offerors will not have any clear legal recourse to challenge DoD task orders valued at less than $25 million, except on the narrow basis that the order increased the scope, period, or maximum value of the underlying contract. In 2017, it is reasonable to expect that the DoD will issue more task orders valued under the new $25 million threshold, because those awards cannot be challenged at the GAO.