Thanks in part to the current standoff at the Malheur National Wildlife Refuge—and the 2014 armed confrontation in Nevada that preceded it, the contentious issue of grazing rights on federal lands is more front of mind nationally than it’s been in decades.

With the federal government owning and cont 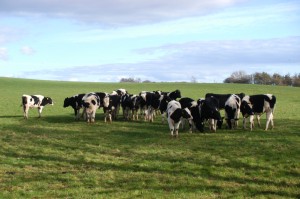 rolling millions of acres of land, particularly in the western states, business activities conducted on federal land are subject to close scrutiny and often require that a relevant permit be obtained and maintained. A failure to possess appropriate federal authorization can result in acrimonious legal action, and as illustrated in U.S. v. Estate of E. Wayne Hage, et al.  On January 15, 2016, the Ninth Circuit reversed the district court’s ruling (a federal court sitting in Nevada) that the federal government could not prosecute an action for damages or injunctive relief against ranchers who were grazing their cattle on federal land without a federal grazing permit.