For contractors, keeping track of the various provisions and requirements of federal statutes such as the federal Clean Air Act (CAA) while also jumping through the many hoops of local permitting can be quite an achievement in and of itself. 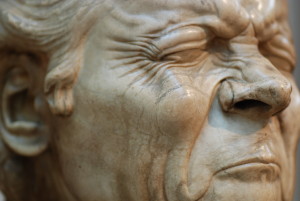 But as a recent case shows us, the “litigative shield” of full CAA compliance can mean little in the face of state common law.  In a noteworthy decision issued on November 2, 2015, the U.S. Court of Appeals for the Sixth Circuit ruled, in a federal class action complaint seeking compensatory and punitive damages from a local distillery for negligence, nuisance and trespass, that the “Federally Enforceable District Origin Operating Permit issued and overseen by the Louisville Metro Air Pollution Control District” under which the defendant is operating was not preempted by the CAA. Let Merrick, et al., v. Diageo Americas Supply, Inc. serves as a cautionary note to contractors, even full compliance with the federal CAA may not eliminate their exposure to claims under the states’ common laws.

The distillery’s operation emits noisome quantities of an ethanol vapor that causes a “whiskey fungus” that allegedly causes recoverable damages to nearby properties. Apparently, there is no allegation that the defendant is violating any federal CAA requirements or indeed any of the numeric provisions of its local permit. The suspect emissions are fugitive ethanol emissions for which no specific permit limits are established, but the regulation at issue also provides that no person shall emit air pollutants which cause injury, detriment, nuisance or annoyance to any person or the public, or which cause injury or damage to business or property. Eventually, the local air quality control issued a Notice of Violation (NOV) letter to the defendant, and the lawsuit followed.

The defendant filed a motion to dismiss the complaint, arguing that the plaintiffs’ claims were preempted by the CAA.  Both the district Court and the Court of Appeals, taking up the matter on an interlocutory appeal, rejected this argument.  Analyzing the text of the CAA’s provisions discussing the “retention of state authority”, the Court of Appeals held that the states’ rights savings clause of the CAA expressly preserves the state common law standards on which the plaintiffs sued.  State common law standards qualify as “requirements” for purposes of the CAA’s savings clause, and permitting such litigation to be heard “advances the Act’s stated purposes by empowering states to address and curtail air pollution at its source”. Moreover, the Court of Appeals concluded that this result is consistent with the Supreme Court’s ruling in American Electric Power Co., Inc., et al., v. Connecticut, et al., where the U.S. Supreme Court held that the CAA “displaced” federal common law, and leaving the question of the preemption of state common law claims to be decided by other courts. Recently, the U.S. Court of Appeals for the Third Circuit, in Bell, et al., v. Cheswick Generating Station, et al., 734 F3d 188 (2013), and Iowa Supreme Court, in Freeman, et al., v. Grain Processing Corp., have issued similar rulings.

The court closes with an observation that while a comprehensive federal scheme imposes substantial costs on industries, and some suggest that it is “unduly burdensome” for such industries to also remain subject to the requirements and remedies of state common law, these concerns are for the Congress to address.