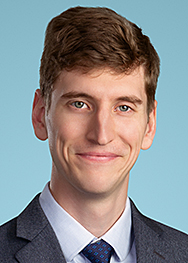 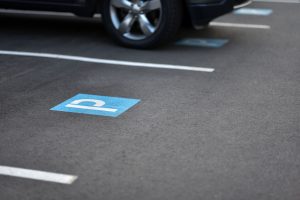 Starting January 1, 2023, real estate developers in Oregon and California will no longer be required to build off-street parking facilities for certain projects located near public transit. Both states enacted new rules during the course of 2022 which are effective as of the beginning of 2023, and which seek to reduce the costs of building at least some new projects in major population centers.

In California, A.B. 2097 was signed by Governor Gavin Newsom in September, and prohibits city governments throughout the state (including in charter cities) from enforcing any local land use provisions which would require the developer to build parking spaces as part of their project if the project is located within one half-mile of a major public transit stop. The law applies to both residential and commercial projects. Cities can continue mandating parking for individual projects if they find that doing so is important to support the development of affordable housing—this exception was added to allay concerns that the bill would undermine “density bonus” programs which have become an important tool for the promotion of new affordable housing development around the state.

In Oregon, following a 2020 executive order by Governor Kate Brown, the state Land Conservation and Development Commission (the body responsible for land use and planning regulation in Oregon) embarked on a two-year rulemaking process which culminated in July of 2022 with the approval of a set of “Climate Friendly and Equitable Communities Rules.” Like the California legislation, these rules (in part) limit the ability of Oregon’s most populous cities to enforce parking minimums for new development projects. Unlike the California law, the Oregon rules encourage cities simply to repeal their parking mandates entirely. Cities subject the new rules which choose not to repeal their parking mandates in full must, as an alternative, adopt new local policies to reduce the amount of land dedicated to parking in certain geographies or in connection with certain uses.

The city of Tigard, Oregon, a suburb of Portland, has already chosen to repeal its parking minimums completely, making it the first city in Oregon to do so. Some affected cities have been less welcoming of the new state mandates, and have brought a lawsuit against the state to prevent the rules from taking effect, but for now the rules remain on the books.

Affordable housing and climate change advocates have long sought to repeal “parking minimums” in local jurisdictions around the country, arguing that building more parking comes at the expense of additional habitable area in a project and encourages people to continue driving their personal vehicles, even in urban settings where walking and mass transit are good options. And because off-street parking adds to the cost of developing a project, parking minimums ultimately result in higher rents for residential tenants, whose monthly payments cover the cost of adding parking to the development.

Parking minimums have also occasionally frustrated developers around the country. Building off-street parking is expensive—building a parking structure can cost between $15,000 and $30,000 per parking space—and takes up valuable square footage which the developer might have wished to design for a more profitable use. A Los Angeles study concluded that the cost of each square foot of parking area was about $21 higher than the marginal value of that parking area, suggesting that developers could realize higher profits if they were not always required to meet strict off-street parking quotas.

Other studies have confirmed that when local governments relax their parking minimums, developers will often choose to reduce how much parking they build, in some cases all the way to zero. One study examined the extent to which developers chose to include parking in their projects in Seattle after the city reduced parking minimums in many areas, and fully eliminated them in some others. The research found that developers rarely built more parking than they were required to, even after those requirements were decreased. And in parts of the city where no parking was required, nearly 30% of new projects were built without parking entirely. Similar results were observed in London: After its parking minimums were abandoned, the number of new parking spaces built declined dramatically.

This research suggests that absent a local parking mandate, developers are well-equipped to determine just how many parking spaces they should build to keep their projects profitable.

Abolishing parking minimums has become a trend in U.S. cities seeking to bolster development in their urban center, but so far only California and Oregon have enacted parking reform at a statewide level. San Francisco, Minneapolis, Anchorage, Buffalo and Hartford, to name several examples, have all done away with parking minimums citywide. Some cities have imposed parking maximums in certain geographies—i.e., caps on the total number of off-street parking spaces that can be included with new development projects. For instance, San Francisco caps parking in most residential districts at 1.5 spaces per unit (though in some cases the cap drops to 0.5), and Portland caps parking in certain residential zones at 1.35 spaces per unit. In January 2021, the City of Berkeley set a maximum of 0.5 parking spaces per unit in residential developments which are (i) within a quarter mile of a major transit stop, or (ii) along a transit corridor that receives services at 15-minute intervals during peak commute hours.

Policymakers around the country are increasingly turning to local land use regulation as a tool for battling climate change and addressing the nationwide housing affordability crisis. More cities and states may soon follow California and Oregon in pursuing parking reform as part of these larger initiatives. Whether these reforms have a long-term impact on how many parking spaces are built, the cost of housing, or how reliant people are on their personal cars, remains to be seen. For now, in these two states at least, these new rules may improve the equation for developers by allowing them to decide for themselves how much parking to provide in many urban areas on the West Coast.