The courts have been busy issuing significant Endangered Species Act rulings. In the latest decision, the U.S. Court of Appeals for the District 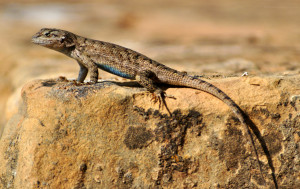 In Texas, where very little land is subject to federal ownership, the Texas Comptroller’s Office, industry, landowners and agricultural interests developed with the U.S. Fish and Wildlife Service the “Texas Conservation Plan for the Dunes Sagebrush Lizard (Sceloporus arenicolus)” formally known as the “Texas Candidate Conservation Agreement with Assurances and a Habitat Conservation Plan.” Applying existing policy regarding the weight to be given to such private conservation plans, the U.S. Fish and Wildlife Service concluded that these plans would adequately protect the species and its habitat, and withdrew the proposed listing. The petitioners challenged this decision, but the Court of Appeals concluded that their “objections present a variety of narrow, fact-based challenges that are refuted by the record as interpreted by the Service.” The petitioners also argued that the relevant provisions of Texas’s confidentiality laws, Texas Government Code § 403.454, will make it difficult for the public to assess the success of the Texas Plan, but the Court of Appeals dismissed these concerns:  “The Texas plan may not be fool proof, but neither is every regulatory regime.”

Just days earlier, two other courts issued decisions under the Act.  On February 29, 2016, the U.S. District Court for the Western District of Texas. in Permian Basin Petroleum Association, et al. v. Department of the Interior, denied the motion of the U.S. Fish and Wildlife Service to remand and not to vacate its ruling that the listing of the Lesser Prairie Chicken as a threatened species was arbitrary and capricious.  On the same day, the U.S. Court of Appeals for the Ninth Circuit, in Alaska Oil and Gas Association, et al.,  v. Jewell, reversed the district court’s decision that the U.S. Fish and Wildlife Service’s critical habitat designation for the Polar Bear must be vacated.

These decisions are noteworthy because one implication of species being listed under the Act as endangered is that any endangered species must be considered in federal permitting matters. For additional information on the implications, refer to Protecting the Lesser Prairie Chicken Under the Endangered Species Act: A Problem and an Opportunity for the Oil and Gas Industry.