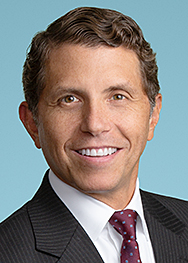 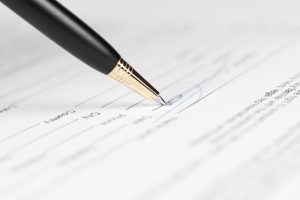 If you are a construction contractor, you deal with performance bonds as part of your business and daily work. They are necessary for almost every project you are participating or will participate in, and, along with other sister bonds, constitute a basic tool to be able to work in construction. However, how much do you really know about this tool? Who in your organization knows how to use it? Are you relying on your insurance broker to procure the bonds? Can your broker competently review the terms of the bond? Are you, as a contractor, relying on the surety to explain and determine what you need for the project—a fox guarding the hen house?

This post will not directly address Federal performance bonds or bonds for governmental projects under the Miller Act, which, although they have similar features, are not exactly the same.

What Is a Performance Bond?
First and foremost, a performance bond is a contract. By this contract, a party promises another to fulfill a third party’s contractual obligations. This will translate, typically, into the financial burden to “do” or “perform,” which for a contractor are the costs of completing a project. As any other contract, a performance bond is fully governed by the terms contained in it and will be evaluated based on those terms.

The companies issuing performance bonds typically use templates or you may receive a template from your client, most likely the general contractor in the project. Do not accept these documents without a thorough review of the terms in them and without making sure that those terms match the terms of your agreement; include only the obligations you are assuming under your contract for work. In this post, we will refer to a specific template endorsed by the American Institute of Architects, Form A312TM-2010, as an example of a commonly used performance bond. Please review this or any other bond form thoroughly before signing.

Do not be afraid to negotiate with the company issuing the bond or with the client requesting it. Request changes if the performance bond document does not reflect the terms of your agreement. Too many contractors simply sign without reviewing, assuming risks far beyond what they should. Yes, your salespeople will, and your client may, complain and consider you difficult; however, these are also the things that show your experience and competency. Do not neglect them.

Need to Know #1: Know that the performance bond matches your needs, the needs of the Contractor, in the specific project.

Need to Do #1: Read the performance bond to determine if that is the case.

Who Are the Parties to a Performance Bond?
As mentioned above a performance bond is a contract with three (3) parties. Not all three parties sign the performance bond contract, but all three are named and benefit from it. Also, these parties may have different names, as traditionally has been used in the industry or based on the jurisdiction’s laws.

First is the party who needs the performance bond to perform work—the Contractor. Under the above-mentioned Form A312TM-2010, the party soliciting the bond is, unsurprisingly, called “Contractor.” This party is also referred to as the “Principal,” as this is the party with the main obligations under the contract for work, and it is the party who receives the main benefit from the bond—namely access to the work. Under the Restatement (Third) of Suretyship and Guaranty, the contractor is called the “Principal Obligor,” as this is the party who has to perform the obligations under the applicable construction contract (the work) and, naturally, the party who is ultimately responsible for paying the owner or general contractor for any failure to perform. Other terms used to refer to this party are “Primary,” “Primary Obligor,” or simply “Debtor.”

Second is the party issuing the performance bond—the Surety. Form A312-2010 uses that same name for this party, “Surety.” The Restatement calls it the “Secondary Obligor” because this party typically responds after the Principal, the Contractor, the first line of defense, has failed to comply. The term “Guarantor” is also used, although less favored, as this may be confused with other parties which may be providing other security for the project.

Third is the party who is receiving the performance from the Contractor. This party is normally the owner of or general contractor in the project. Form A312-2010 calls this party the “Owner.” The Restatement uses the term “Obligee,” although you may also find it referred to as the “Creditor.”

In addition, we need to identify the source and scope of the Contractor’s obligations which are protected by the performance bond. These are normally found in the contract for work, which defined the scope of the Contractor’s work in the construction project. The construction contract is referred to by Form A312-2010 as the “Construction Contract” while the Restatement uses the term “Underlying Obligation.” Other terms used are “Primary Obligation” or “Principal Obligation.”

Need to Know #2: Know who the parties to the performance bond are—you (the Contractor), your Surety, and your client (the Owner).

Need to Do #2: Be certain that these are the only parties who are named in the performance bond, and no others.

Clarifying What a Performance Bond Is Not
A performance bond is not an insurance policy, or an insurance contract, and it is not a payment bond, or a bid bond. These are all different instruments which may be required, and typically they are, for a construction project. Let’s do a high-level exploration of the differences.

A performance bond is not a payment bond. Although similar and sometimes bundled together, they are different because the payment bond is designed to guarantee that the Contractor pays its suppliers down the supply-chain line. These include, but are not limited to, laborers, vendors, subcontractors, etc. While, on the other hand, the performance bond, as mentioned above, guarantees payment for the Contractor’s default on its obligations under the construction contract, such as complete the construction of a furnace at the Owner’s plant.

A performance bond is not a warranty bond. Although also similar, they are different because the warranty bond is designed to guarantee that the Contractor will comply with its warranty obligations. For example, if you, as a Contractor, warrant to the Owner that a piece of equipment will perform to specifications for 24 months and, on month 18 the equipment fails, the Contractor is obligated to repair or replace. If you fail to perform this post-construction obligation, the Owner may collect from the bond. Thus, the warranty bond covers your obligations after the construction is completed. On the other hand, the performance bond, covers your obligations and protects the Owner against your default while you are working on the project.

A performance bond is not a letter of credit (LOC). An LOC is a promise by a bank that has obtained cash from or given credit to the Contractor, to pay the Owner, on the Contractor’s behalf, for an approved project, up to the stated LOC amount. The only requirement to trigger the bank’s obligation to pay is, normally, that the Owner makes written demand on the LOC. Sometimes, the Owner has to provide some evidence, such as invoices or other documents showing failure to perform, and the bank will immediately pay for them. An LOC is almost like giving cash to the Owner. This is radically different from the performance bond, which as mentioned guarantees payment for the Contractor’s default and has procedural and substantive protections.

Finally, a performance bond is not a “lottery ticket.” The Owner cannot simply waltz into the Surety’s office and demand payment. The Owner must comply with the procedures established in the bond and show the Contractor’s default and the damages caused. Under Form A312, the Owner must provide timely notice; allow for the Surety’s investigation of the alleged default; and sometimes, submit to meetings. Also, the Surety may propose solutions to the alleged Contractor’s default and “mediate” between the Owner and the Contractor to find a solution.

Need to Know #3: Know with certainty that the terms of the document you received from the Surety are in fact those of a performance bond. (You do not want to pay the Surety and provide the Owner the wrong document.)

Need to Do #3: Be sure that the terms of the performance bond match those you need and are not confused.

The drafting of Form A312 is broad; it includes all obligations under the construction contract. That is not ideal, although it is very common. However, it is important to limit the ability of the Owner to claim on the bond only when the default is material or involving the “core” obligations under the construction contract, such as the scope of work.

How you accomplish this is less important than actually accomplishing it. Keep in mind that this will require a double negotiation. On one side the Owner, who would like to have the broadest protection possible, and on the other hand the Surety, who would like to limit its exposure and provide the narrowest coverage possible.

Need to Know #4: Know you can and should negotiate the terms of the performance bond—with the Owner and the Surety—to include only those items you are interested in covering.

Need to Do #4: Prepare a document containing details of the scope of work you want to cover under the performance bond. (This document may also serve as a negotiating tool for the construction contract.)

How Does a Performance Bond Fit in Your Overall Risk Management Plan?
Never mind if you are a small or large construction contractor, you must have a risk management plan. Your risk management plan should include, among others, (i) your contract negotiation methods and preferred terms—scope restrictions, limitations of liability, liquidated damages, etc., (ii) your insurance policies, (iii) your safety procedures, and (iv) your bonding program.

Your bonding program, large or small, will allow you to consolidate your presence in your market as a reputable contractor. A solid bonding program will not only allow you to bid on projects (bid bonds), but it also signals to your clients that you are a reputable contractor who will make good on its obligations. The backing of the surety, who is willing to trust you, gives a strong signal to your clients.

Normally, your program should include the bonds that we have discussed above, which are: (i) the bid bond, (ii) the performance bond, (iii) the payment bond, and (iv) the warranty bond. You should work with your broker to find a suitable bonding company to establish a relationship with. Your broker and the surety will assist you determining the proper bonding capacity based on the value of prior projects and financial ability.

Need to Know #5: Know that having a risk management plan is essential, and should include performance bonds (and, more generally, bonds).

Need to Do #5: Make sure your risk management plan is updated and consult your broker to either stablish a bonding relationship or verify your bonding capacity

Conclusions
Overall, performance bonds, and bonds in general, are excellent tools of risk management and risk transfer. They are used regularly in the industry and allow for a sophisticated contractor to benefit from the financial security that the bond provides.

Recall that the specifics of the performance bond, or any bond, could be negotiated at the commencement of the contract, once the construction contract is signed it may be too late to try to change terms and negotiate with the Owner or the Surety.

Therefore, as any other contract, have the construction, insurance, and surety attorneys at Pillsbury review your bonds to ensure that they meet your needs and meet the requirements of the construction contract.