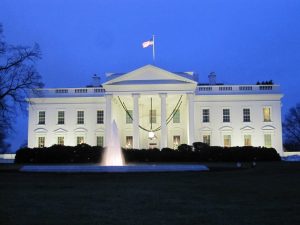 Executive Order: “Enforcing the Regulatory Reform Agenda.” The Executive Order establishes new procedures and timelines by which most federal administrative agencies must conduct their regulatory planning and review.

Within 60 days, the heads of these agencies are to designate an agency official to serve as the agency’s “Regulatory Reform Officer.” These officers will ensure that the agency reduces the number of regulations and controls regulatory costs; conducts retrospective reviews of existing regulations; and then terminates, consistent with applicable law, “programs and activities that derive from or implement Executive Orders, guidance documents, policy memoranda, rule interpretations, and similar documents” that have themselves been terminated.

Each agency is to establish a Regulatory Reform Task Force to evaluate existing regulations, and make recommendations as to their repeal, replacement or modification consistent with applicable law and, in particular, attempt to identify rules that eliminate jobs or inhibit job creation, are outdated, unnecessary or ineffective, impose costs that exceed their benefits, interfere with ongoing regulatory reform initiatives or policies, are inconsistent with the “transparency requirements” of federal law (44 U.S.C.  § 3516 note), or derive from Executive Orders or Presidential directives that have been rescinded or subsequently modified.

Within 90 days, each task force is to provide the agency head with a progress report.