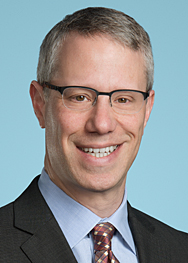 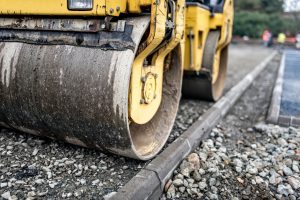 President Trump has not issued a specific set of proposals for his Infrastructure Plan, and his Office of Management and Budget Director, Mick Mulvaney, said recently that the plan would not be ready until the fall of this year. However, the latest indications from the White House suggest that it could involve around $1 trillion in investments over 10 years, including approximately $200 billion in direct federal spending and the balance coming from state coffers and private sources through public-private partnerships. In contrast, Senate Democrats presented their own 10-year, $1 trillion infrastructure plan early this year, which relied entirely on government spending supported, at least in part, by closing tax loopholes. Both sides tout the opportunity to create jobs through national rebuilding efforts.

The Administration appears to favor a broad definition of infrastructure that could include such things as veterans’ hospitals, privatization of air traffic control systems and, according to HUD secretary Ben Carson, affordable housing. The types of projects that the President promotes would likely dictate how they will be financed. For example, public-private partnerships—using public funds to leverage private investment, often raised by the sale of revenue bonds issued by state or local governments—could work well for revenue-generating projects, such as toll roads, rail, bridges and tunnels in densely populated areas. In rural areas, however, tolls and other user fees may not cover construction or improvement costs and provide an attractive return to investors. In those situations, a combination of federal grants or credit enhancements (e.g., loan guaranties) would be required.

Tax incentives and regulatory reform are likely to be critical pieces of the Infrastructure Plan. Conservative activists will prefer a plan that limits federal spending and, instead, provides tax credits to investors and rolls back regulations that increase costs and create delays. On the other hand, Democrats in Congress will resist changes that are perceived to benefit powerful business interests. Tax credit programs to spur development currently exist, including the renewable energy production tax credit, an investment tax credit for solar energy, the new market tax credit for communities, the historic rehabilitation credit and the low-income housing tax credit. The Infrastructure Plan could incorporate elements from these programs, although there is concern that dramatically lower corporate tax rates would make these credits less valuable.

Investors interested in infrastructure opportunities should monitor the process to develop the annual appropriation bills that fund the federal government’s agencies and departments because it could provide insights into President Trump’s priorities. In particular, the Department of Energy, the Department of Transportation and the Environmental Protection Agency could see infrastructure program reductions and eliminations. The Administration has indicated that any cuts in these departments will be replaced by larger investments and opportunities in the Infrastructure Plan, but for the rest of this year, investors should continue to focus on opportunities at the state and local level.