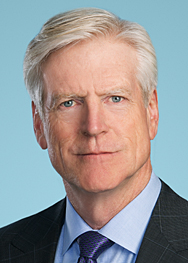 California is imposing greater responsibilities on prime contractors for nonpayment of wages and benefits by their subcontractors. On October 14, Governor Jerry Brown signed into law Assembly Bill 1701 (Thurmond), adding Section 218.7 to the California Labor Code. Labor Code § 218.7(a)(1) requires prime contractors, on all private construction contracts entered into beginning January 1, 2018, to assume and be liable for any unpaid wages or fringe benefits incurred by subcontractors of any tier. Although this liability extends to unpaid wages, benefit payments, and union contributions (including interest thereon), it does not extend to any penalties or liquidated damages resulting from a subcontractor’s failure to make such payments in the first instance. As a result, going forward in California, prime contractors on private projects will need to be as involved in monitoring their subcontractors’ payroll practices as their public works counterparts.

While the new law also forbids the prime contractor or any other person from evading or negating the protections of the law, it expressly allows contractors of any tier to provide for contractual remedies against downstream subcontractors who fail to timely pay their workers. So while a prime contractor, for example, can require its subcontractors to defend and indemnify it in any suits brought by sub-subcontractors, the prime cannot escape liability to the unpaid claimants themselves for the subcontractor’s non-payment of wages.

How else can prime contractors protect themselves?

Who may enforce the new law?

The law also authorizes third parties owed fringe or other benefit payments or contributions on a wage claimant’s behalf (such as Union Trust Funds) to bring a civil action against a prime contractor to seek payment of such benefits, and provides that the court “shall award a prevailing plaintiff in such an action its reasonable attorney’s fees and costs, including expert witness fees.” Thus, whether a project is private or public, Union Trust Funds will recover their fees and costs of pursuing contractors for the overdue contributions of their signatories.

Industry trade organizations can also enforce the new law. Labor Code § 218.7(b)(3) further authorizes a joint labor-management cooperation committee established pursuant to the federal Labor Management Cooperation Act of 1978, 29 U.S.C. § 175a, to sue prime contractors or subcontractors of any tier for unpaid wages owed to a wage claimant for the performance of private work. Prior to commencing an action, the committee is required to provide the prime contractor and subcontractor that employed the wage claimant with at least 30 days’ notice by first-class mail describing the general nature of the claim. As with actions by Union Trust Funds, the court shall award a prevailing plaintiff—but not a prevailing contractor—its reasonable attorney’s fees and costs, including expert witness fees.

Although no other party may bring an action against a prime contractor to enforce the liability created by Labor Code § 217.7(a), the large number of parties who can bring such actions to enforce the new law drives home the need for prime contractors on private work to become far more involved in their subcontractors’ payroll practices than in the past.