This decision is reminiscent of a fairytale about a princess and her frog prince and the croaking chorus of the Frogs of Aristophane. 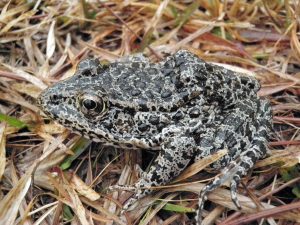 On June 30, the U.S. Court of Appeals for the Fifth Circuit issued a significant ruling involving critical habitat designations on private land. The case was decided on a 2 to 1 vote, with Judge Owen providing a strong dissent. The majority was at pains to state that “critical habitat designations do not transform private land into wildlife refuges.” Nevertheless, the extension of the Endangered Species Act (ESA) to this private land may conceivably have federal permitting consequences later if the future development of the land triggers Clean water Act considerations.

The dusky gopher frog is an endangered species which is now found only in Mississippi. In 2010, the U.S. Fish and Wildlife Service designated 1544 acres in Louisiana as a critical habitat of the frog although it has not been seen in Louisiana since 1965. The Service reasoned that this land in Louisiana contains ephemeral ponds that are essential to the species existence. However, the land is privately owned, and the landowners plan to use this land for residential and commercial development.

The district court upheld this designation, and the Fifth Circuit has now affirmed that decision in a holding that the dissent describes as “unprecedented and sweeping.” The landowners argued that this designation of their land: (1) violates both the ESA and the APA; (2) exceeds the Service’s constitutional authority under the Commerce Clause, and (3) violates NEPA.

The Court of Appeals held that the landowners have standing to contest the critical habitat designation, but no standing under NEPA to challenge the Service’s failure to prepare an environmental impact statement because in this instance, they were asserting purely economic injuries and this is insufficient.

The ESA envisions two types of critical habitat: those that affect occupied and unoccupied areas. The Service conducted a scientific search for the ephemeral ponds the frogs needs, and found five of them on the plaintiffs’ Louisiana property. Next, the Service had to determine whether this land could be adjudged to be “essential” for the conservation of the species. Since that term is not defined in the ESA, and the Service has been delegated authority to make these ESA determinations, the Court of Appeals applied Chevron deference to hold that the Service’s use of “essential” was authorized.

The Court of Appeals then held that the economic calculus made by the Service was committed to agency discretion, and it was unreviewable. The landowners argued they stood to use several million dollars, and any economic test would find the Service’s determination unreasonable. The Commerce Clause argument failed principally because no court has ruled that the ESA, even when it affects private property, can be challenged as an unwarranted expansion of the Congress’ Commerce Clause authority.

In dissent, Jude Owen strongly disagreed with this ruling—indeed the case may well have turned on this use of the term “essential.” She notes that the only way this species can thrive on this unoccupied land is with the hope that the landowners will remove their existing pine trees and replace them with another variety more suitable for the propagation of the dusky gopher frog.

Photo:  U.S. Department of Agriculture, Dusky Gopher Frog-a, Taken January 23, 2010 – Creative Commons (The Dusky Gopher Frog, once known as the Mississippi Gopher Frog, has an average length of about three inches and a stocky body with colors on its back that range from black to brown or gray and is covered with dark spots and warts. (Western Carolina University photo/ John A. Tupy)

Croaking Chorus from The Frogs of Aristophanes