Developers subject to the Federal Power Act (FPA) should carefully consider the implications of the U.S. Court of Appeals for the District of Columbia Circuit’s recent opinion on the scope of the “municipal preference” under Section 7(a) of the FPA. The Court, in 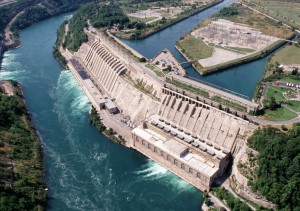 Western Minnesota Municipal Power Agency, et al., v. FERC, recently considered the breadth of the “municipal preference” in Section 7(a) of the FPA, including the meaning of “municipality,” and declined to support the Federal Energy Regulatory Commission’s “geographic proximity test” for municipalities to qualify for the preference. Under the Court’s ruling, a municipality qualifies for the municipal preference regardless of their proximity to the location of the development. Developers may now be exposed to greater competition for developments with municipalities having a trump card because they qualify for the municipal preference.  As one would hope, the Court of Appeals restated the importance of the Court’s review FERC’s interpretation under the two-step framework of Chevron U.S.A., Inc. v. NRDC, 467 U.S. 837, 842–43 (1984).  The opinion, of course, also reflects the Supreme Court’s use of Chevron in deciding a number of important cases the past two terms. This opinion may also result in FERC being more careful in the future.

Section 7(a) of the FPA provides that FERC, “[i]n issuing preliminary permits … where no preliminary permit has been issued, [FERC] shall give preference to applications therefor by States and municipalities, provided the plans for the same are deemed by the [FERC] equally well adapted, or shall within a reasonable time to be fixed by the [FERC]be made equally well adapted, to conserve and utilize in the public interest the water resources of the region.”  16 U.S.C. § 800(a).  This is generally referred to as the “municipal preference .”  The FPA defines “municipality” as “a city, county, irrigation district, drainage district, or other political subdivision or agency of a State competent under the laws thereof to carry on the business of developing, transmitting, utilizing, or distributing power.” 16 U.S.C. § 796(7). Alternatively, where the municipal preference does not apply, and the plans of both are equally well adapted, FERC will favor the applicant with the earliest application acceptance date. Of note, an application received after regular business hours will be considered filed on the next regular business day. Where two permit applications are deemed filed on the same date and at the same time, FERC’s longstanding practice has been to break the tie by means of a lottery.

On the same day, the Western Minnesota Municipal Power Agency (Western Minnesota) and a private developer, FFP Qualified Hydro 14, LLC (FFP), submitted an application pursuant to the FPA for a preliminary permit for a hydroelectric project in Polk County, Iowa. Despite Western Minnesota’s status as a “municipality,” FERC concluded that the municipal preference under Section 7(a) of the FPA applies only to municipalities “located in the[] vicinity” of the water resources to be developed.

Stating that Section 7(a) provided “no guidance as to the scope of the municipal preference,” FERC decided that “the best reading of the statute is that municipalities should be accorded preference only with respect to the development of  water resources that are located in their vicinity.” More generally, FERC observed that “it is difficult to discern what public interest is served by giving a municipality a preference with respect to a project that is far from the site of the municipality,” and that “[t]o do so would effectively make municipalities super-competitors with respect to all new hydropower developments, regardless of their location.”  It noted that Western Minnesota’s headquarters in Ortonville are “almost 400 miles from” the Saylorville Dam in Iowa, and “the record reveals no connection, beyond a business development interest, between the proposed project and [Western Minnesota].”  On these facts, FERC concluded that “granting municipal preference to Western Minnesota in these circumstances would not be in the public interest.”

On review, the Court of Appeals noted that Section 7(a) is a “statutory tie-breaker provision favoring states and municipalities over private parties,” citing Oconto Falls v. FERC, 41 F.3d 671, 672 (D.C. Cir. 1994). It further noted that, as defined in Section 3(7), the term “‘municipality’ neither betrays ambiguity nor leaves a statutory gap for [FERC] to fill,” concluding that “[c]ontrary to the [FERC’s] conclusion, Congress has spoken directly to the question at issue.”  The Court of Appeals further found that, FERC, by “concluding that Section 7(a) is ambiguous because it provided no guidance on its scope, [FERC] has ‘manufactured ambiguity’ ‘ignoring [Chevron step one] altogether by failing to articulate how the plain text of Section 7(a) was unclear.'” It found that, instead, FERC “declined to apply the municipal preference because of its policy conclusion that “it is difficult to discern what public interest is served by giving a municipality a preference with respect to a project that is far from the site of the municipality.” In turn, “[r]ather than inferring from Congress’s silence that the physical proximity of a municipality to a project is irrelevant to whether it is a ‘municipality’ for purposes of the Section 7(a) preference, [FERC] inferred a legislative delegation to pick and choose favored municipalities to advance the [FERC’s] policy.” Accordingly, it concluded that FERC’s conclusion that “there is some geographical limit inherent to what is a ‘municipality’ for purposes of Section 7(a), fails at Chevron step one.”

The Court of Appeals noted that “the propriety of using the ‘equally well adapted’ requirement to impose some geographic constraints is not a question before the court and would involve a Chevron step two analysis.” It will be interesting to see if FERC attempts to use the municipality’s proximity to the location for the development as a basis to conclude that a municipality’s plans are not equally well adapted.