Renewable energy and crypto-currency are hardly two concepts one would expect to be mentioned in the same blog or article. We are all familiar with renewable energy – wind, solar, etc. 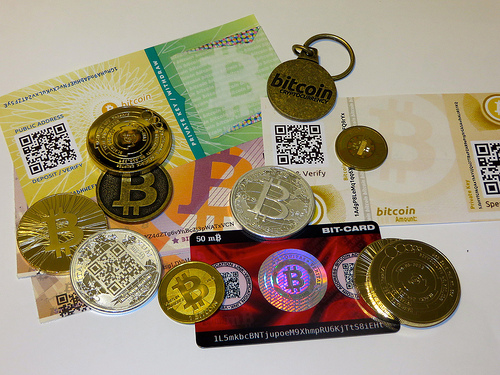 Crypto-currency, on the other hand, is still a mystery to many of us, or at least I thought it was. Crypto-currency is a digital medium of exchange — a digital or virtual currency — that uses cryptography for security. Most people have heard of Bitcoin, the first crypto-currency to begin trading. Now there are numerous crypto-currencies available, often referred to as altcoins or alternative coins. On January 27, 2014, it was announced that owners of solar power systems in Australia may be rewarded in SolarCoin for energy produced.

According to Energy Matters, solar power system owners may earn SolarCoin by producing electricity and submitting a proof of solar electricity generation in the form of a verifiable renewable energy certificate. For example, one Small-scale Technology Certificate (STC) represents 1 MW of electricity generation. One STC would entitle the holder to one SLR coin. However, “before Australian system owners get too excited the STC’s [sic] associated with the systems were likely cashed in for point of sale discounts on their system purchase as STC’s [sic] form the basis of solar subsidization in Australia,” Energy Matters warns. “For those who didn’t cash in their STC’s [sic] for whatever reason, SolarCoin could provide an unexpected windfall; although the process for certificate holders being issued with SLR [coins] is still being established.”

98.10 billion SolarCoins can be generated and the Open Currency Association has set a target value for each SolarCoin of $20-30. Like Bitcoin, people will also be able to mine for SolarCoin or purchase it from an exchange. It may also be used to make purchases of goods and services from participating merchants. Businesses should be able to accept SolarCoin by downloading a wallet and displaying the wallet or QR code.