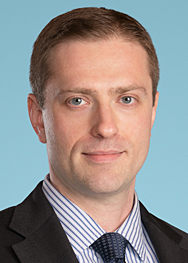 The recent Spanish Peaks decision from the Ninth Circuit (covering Alaska, Arizona, California, Hawaii, Idaho, Montana, Nevada, Oregon and Washington) deepens the split in case law on the ability to strip off leases in a landlord/borrower bankruptcy. This decision, which joins the Qualitech decision from the Seventh Circuit (covering Illinois, Indiana and Wisconsin), may significantly impact and complicate sales in bankruptcy of real property for lenders and non-debtor tenants alike.

Background
One of the most powerful tools available in bankruptcy to debtors is the ability to sell property “free and clear of any interest in such property” held by any other entity if one of five conditions are met, most commonly if “applicable nonbankruptcy law permits sale of such property free and clear of such interest” or if the interest holder “could be compelled, in a legal or equitable proceeding, to accept a money satisfaction of such interest.” 11 U.S.C. § 363(f).

Such sales may improve creditor recoveries by monetizing assets in advance of a plan of reorganization through a quick sale process with a clean title transfer and without associated liabilities.

However, upon request by a holder of an interest being affected by such a sale, the court must prohibit or condition the sale as necessary to provide “adequate protection” of such interest. 11 U.S.C. § 363(e). Adequate protection can take many forms, from payments to replacement liens to other relief providing the “indubitable equivalent” of the interest at issue. 11 U.S.C. § 361.

In bankruptcy, debtors also have the ability to reject executory contracts or unexpired leases. 11 U.S.C. § 365(a). This relieves the debtor from the burden of continuing performance and treats the counterparty’s resulting claim for damages as a general unsecured prepetition claim. However, because of the significant impact on tenants from a rejection of a real property lease, non-debtor tenants have certain protections under section 365(h) in the event that their lease is rejected by their landlord—in particular, tenants have the ability to “pay and stay,” to remain in possession for the balance of the lease term by continuing payments and otherwise complying with the lease requirements.

Analysis and Commentary
The Spanish Peaks decision addressed a situation where the debtor sought to sell certain property in Montana pursuant to section 363(f) free and clear of any interests therein, including two real property leases, without providing the non-debtor tenants with any of the protections of section 365(h). The leases at issue had not been recorded and were not subject to any subordination, non-disturbance or attornment agreements.

Although the tenants had filed an objection in the bankruptcy proceeding asserting a right to remain in possession and objecting to a proposed sale free and clear of their possessory interests under the leases and section 365(h), they did not actually seek adequate protection and ultimately stipulated with the debtor to withdraw their objection to the sale and reserve their rights under sections 363 and 365. Notably, the leases at issue were to insider-controlled entities for lengthy terms at significantly below-market rates, though this was not relied on by any of the subsequent decisions in reaching their conclusions.

After the bankruptcy court entered an order approving the sale of the property under section 363(f) free and clear of any interest “except for any right a lessee may have under 11 U.S.C. § 365(h)  . . .  as determined through motion [subsequently] brought before the [bankruptcy court] by proper procedure,” both the buyer and the tenants filed motions to clarify the status of the leases. The bankruptcy court held that the tenants did not have section 365(h) rights after the section 363 sale, and the district court affirmed.

On appeal, the Ninth Circuit affirmed and held that the tenants were not entitled to any section 365(h) protections after the sale. The court reasoned that a section 363(f) sale was not a rejection and agreed with Qualitech that sections 363(f) and 365(h) operate independently, as their text does not suggest that one supersedes or is subject to the other and the provisions can be read to operate without conflict in different situations; that the section 365(h) protections are available only in the event of a rejection, which had not occurred prior to the sale; and that tenants are sufficiently protected from a section 363(f) sale by virtue of the requirement under section 363(e) for adequate protection in such sales if requested. The Ninth Circuit emphasized the mandatory nature of adequate protection after being requested, and cited Dishi & Sons v. Bay Condos, LLC, 510 B.R. 696, 711 (S.D.N.Y. 2014) as concluding that adequate protection could take the form of continued possession. The court did not consider the possibility of retroactively applicable requests for adequate protection, which may be awarded at the bankruptcy court’s discretion in the Ninth Circuit. (See, e.g., People’s Capital and Leasing Corp. v. Big3D, Inc. (In re Big3D, Inc.), 438 B.R. 214, 222, 224 (9th Cir. BAP 2010).)

The Ninth Circuit acknowledged but did not address the arguments relied on by the majority of decisions in reaching a contrary conclusion on this issue, specifically the maxim of statutory construction that the specific provisions should be read to limit general provisions, which would lead to section 365(h) operating to limit section 363(f)—that the legislative history in enacting section 365(h) was to protect tenants from being dispossessed in a landlord’s bankruptcy—and that permitting section 363(f) sales without section 365(h) protections would permit the debtor to avoid such protections at will.

The Spanish Peaks decision also weighed in on another unsettled issue relating to free and clear sales, when it considered whether the sale satisfied the condition that “applicable nonbankruptcy law permits sale of such property free and clear of such interest.” 11 U.S.C. 363(f)(1). The court cursorily concluded that this condition was satisfied because the underlying state law, which would permit a foreclosure sale that would terminate such leases, constituted “applicable nonbankruptcy law.” In doing so, the court disagreed with other decisions that have construed the term “applicable nonbankruptcy law” in section 363(f)(1) to refer to a voluntary sale by the owner of the asset and not a foreclosure sale by a creditor. (See, e.g., Dishi, 510 B.R. at 709-10.)

Lasting Impact
The Spanish Peaks decision may improve recoveries for lenders or other creditors by enabling sales of real property collateral with below-market leases being stripped off or renegotiated on more favorable terms. As there is no controlling authority to the contrary in any jurisdiction, the decision should provide lenders and debtors with additional negotiating leverage against tenants—and may be persuasive authority even outside of the Ninth Circuit. However, it may be of less benefit to lenders where the leases have been recorded or are subject to non-disturbance agreements.

Certainly, the Spanish Peaks decision will result in an increase in the contentiousness of the bankruptcy asset sale process—with additional delay and costs for all parties.