Builders and contractors may be interested to learn that, in the past few days, the Supreme Courts of Texas 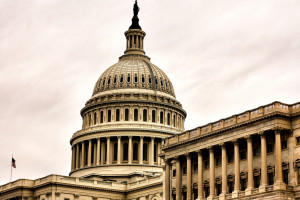 and Colorado, and the U.S. Court of Appeals for the DC Circuit have issued significant rulings addressing the separation of powers at the state and federal level.

An Ordinance’s Overreach
On April 29, the Supreme Court of Texas, in BCCA Appeal Group, Inc. v. City of Houston, Texas, held, in an 8 to 1 ruling, that the Texas Clean Air Act (TCAA) and the TCAA’s enforcement mechanisms imbedded in the Texas Water Code preempt a City of Houston ordinance that required emissions-emitting facilities located within the city limits to register their facilities with the City of Houston, and to pay registration fees. Although the TCAA expressly provides that municipalities like the City of Houston can pass air quality ordinances, the Court noted that they cannot pass local laws inconsistent with the TCAA and the Texas Commission on Environmental Quality’s (TCEQ) enforcement policy and procedures. Indeed, the City of Houston’s ordinance makes unlawful what the TCAA allows. While the ordinance expressly incorporated the air quality rules of the TCEQ, this was not enough to save the ordinance from being invalidated to the extent that registration was required that could result in criminal enforcement by the City of Houston. The consequences of this decision may result in a concentration of air quality enforcement authority in the TCEQ, and cities in Texas will need to exercise caution in promulgating local ordinance that could conflict with state policy.

Local Fracking Bans Superseded
On May 2, the Supreme Court of Colorado, in City of Longmont v. Colo. Oil and Gas Ass’n, and City of Fort Collins v. Colo. Oil and Gas Ass’n, held that local bans on hydraulic fracking within the city limits of Longmont and Fort Collins, Colo. were preempted by state law, namely the Colorado Oil and Gas Conservation Act (COIGCA). Citizen initiatives resulted in a permanent ban on such operations in Longmont, and a five-year moratorium in Fort Collins. While Colorado’s home-rule municipalities can enact ordinances that address local concerns, and in doing so supersede a conflicting state law, where the local ordinance conflicts with state law in a matter of state-wide or mixed state and local concerns, the state law supersedes and preempts the local ordinance. The Court noted that there is a state policy advocating the efficient development of oil and gas resources in Colorado, and these local ordinances would inhibit that development.

Amtrak’s Authority Derailed
The last decision to be noted is the DC Circuit Court of Appeals, in Association of American Railroads v. U.S. Department of Transportation, decided on April 29, 2016. In the last term of the Supreme Court, this case was reviewed, reversed, and remanded to the DC Circuit for consideration of the issues the Court did not decide. The Court of Appeals held that the Passenger Rail Investment and Improvement Act of 2008 unconstitutionally delegated regulatory power to a private entity, Amtrak, which in effect enabled Amtrak to regulate the operations of some of its competing railroads. The Supreme Court held that Amtrak was a governmental body, and remanded the case to the Court of Appeals to decide the remaining constitutional issues. The Court of Appeals has now held that Amtrak’s exercise of this legislative delegation of authority is unconstitutional on due process grounds, citing the 1936 Supreme Court decision in Carter v. Carter Coal. Moreover, the Act, by containing a provision that the Surface Transportation Board can designate an arbitrator to resolve disputes between Amtrak and the Federal Railroad Administration, violates the Appointments Clause of the Constitution. The arbitrator’s authority over the railroads requires that he/she be considered an Officer of the United States who must be appointed in a manner prescribed by the Appointments Clause.