On January 29, 2016, the Texas Supreme Court, in Railroad Commission of Texas v. Gulf Energy Exploration Corporation, unanimously reversed a decision of the Court of Appeals for the Thirteenth District (Corpus Christi) which had sustained the liability of the Texas Railroad 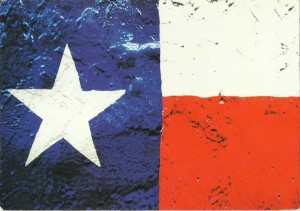 Commission for the erroneous plugging of an abandoned offshore well, and remanded the matter for a new trial. Under Chapter 89 of the Texas Natural Resources Code, one of the Commission’s responsibilities is to protect Texas’ land and water from pollution by providing additional means to plug abandoned wells. Chapter 89 also provides a “liability defense” to those engaged in plugging operations in good faith.
The Texas Supreme Court ruled that the Commission was entitled to have the jury assess its good faith defense. Interestingly, the Texas Supreme Court also held that the “good faith” defense will also apply to Gulf Energy Exploration Corporation’s breach of contract claim against the Commission, and that the defense is not limited to tort actions.

Gulf then sought and received legislative consent from the Texas Legislature to sue the Commission for no more than $2.5 million in damages, subject to the relevant provisions of the Texas Civil Practice and Remedies Code.  A lawsuit was filed and tried, and during the course of the trial the Commission asked the judge to submit to the jury an instruction based on the “good faith” defense set forth in Chapter 89. The trial court refused, and this decision was upheld by the Court of Appeals, along with the multi-million dollar judgment.

According to the Texas Supreme Court, Chapter 89’s reference to “good faith” applies to “conduct that is honest in fact and free of both improper motive and willful ignorance of the facts at hand.” Since the facts pertaining to the asserted good faith are disputed, the case was remanded to  the trial court for a new trial. It remains to be seen whether the jury will be sympathetic to the Commission.