Recently there have been some interesting developments in environmental and regulatory law, including litigation, administrative and regulatory actions, and legislation.  I’ve provided you with a little lite reading to ease into your week: 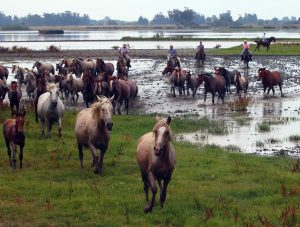 The Supreme Court will review a U.S. Court of Appeals for the D.C. Circuit decision, in NLRB v. Southwest General, Inc., regarding the Federal Vacancies Reform Act, which determines when nominees for agency positions can serve in those positions while their nominations are pending in the Senate. This case involves a controversy affecting that NLRB’s Acting General Counsel. Because of the lower court’s ruling, many administrative decisions were imperiled. It may also affect the actions of EPA’s Acting Deputy Administrator.

Meanwhile, the State of New Mexico wants the Supreme Court’s permission to file an original action against the State of Colorado as a result of last year’s disastrous Gold King Mine spill, which wreaked havoc in New Mexico. It is alleged that Colorado’s negligent supervision of an EPA contractor exposes Colorado to Resource Conservation and Recovery Act (RCRA) and Comprehensive Environmental Response, Compensation, and Liability Act of 1980 (Superfund) liability (including natural resource damages), public nuisance and negligence claims. A very interesting pleading has been filed in State of New Mexico v. State of Colorado.

The U.S. District Court for the Southern District of Texas, in Cole v. Livingston, issued an injunction against the Texas Department of Criminal Justice because it has exposed many elderly inmates to excessively hot temperatures, and by giving them water to drink and cool down. The drinking water admittedly contains arsenic in levels that exceed the relevant EPA standard. There are reports that the TDCJ plans to appeal the ruling.

On June 24, 2016, the Texas Supreme Court issued a major decision which explicates the standard for making a private nuisance case. The ruling is Crosstex North Texas Pipeline, L.P., n/k/a Enlink North Texas Pipeline, LP, v. Gardiner. The Gardiners were compelled to convey an easement to the pipeline company to use their quiet county farm for building and operating a very noisy compressor system. The pipeline company made many efforts to reduce the incessant noise, but unsuccessfully. The plaintiffs filed a nuisance claim, and the Texas Supreme Court took this occasion to clarify the law of private nuisances:

“We hold that the term ‘nuisance’ refers not to a defendant’s conduct or to a legal claim or cause of action but to a type of legal injury involving interference with the use and enjoyment of real property. We further clarify that a defendant can be liable for causing a nuisance if the defendant intentionally causes it, or—in limited circumstances—causes it by engaging in abnormally dangerous or ultra-hazardous activities.”

With this guidance, the case is remanded to the trial court.

In New Jersey, on June 14, 2016, the Supreme Court of New Jersey rejected an appeal by the New Jersey Department of Environmental Protection in the case of Hackensack Riverkeeper v. New Jersey Department of Environmental Protection. The appellate court held that the agency’s attempts to expand the DEP’s authority over public access to beaches and other New Jersey tidal waterways on the basis of the agency’s inherent authority to manage lands held in public trust cannot be approved “absent express authorization from the Legislature.”

On June 24, 2016, the Animal and Plant Inspection Service of the Department of Agriculture published a notice reopening the comment period with respect to a petition filed with the Service to amend the Animal Welfare Act rules insofar as they regulate contact with wild animals. This notice may have been prompted by recent incident and accidents taking place in zoos and other areas where such animal are located.

In Texas, the Texas Commission on Environmental Quality (TCEQ) has published in the Texas Register the agency’s adoption of the rules adopted by EPA in 2015 to revise the RCRA definition of “solid waste.” These rules, addressing many knotty recycling issues, are very controversial and have been challenged in the DC Circuit. Nevertheless, the TCEQ states that it had to take action before July 1, 2016 to adopt and incorporate these rules in Texas in order to avoid the prospect of a revocation of EPA’s delegation of RCRA authority to the TCEQ. These rules were published in the Texas Register on June 10, 2016.

Finally, on June 14, 2016, the U.S. Department of Transportation and EPA advised Earthjustice that these agencies have accepted for investigation the environmental justice complaint filed by Earthjustice against the Maryland Public Service Commission, the Maryland Department of the Environment and Maryland Department of Natural Resources. The gist of the complaint is that the issuance of the state’s authorization to build a natural-gas fired power plant in Brandywine, Maryland, and the public engagement process, violated Title VI of the Civil Rights Act

This week, President Obama signed into law the Toxic Substances Reform Act, the first major piece of environmental legislation in 25 years (since the enactment of the Clean Air Act Amendments of 1990) and the Protecting Our Infrastructure of Pipelines and Enhancing Safety Act of 2016. Generally, this legislation is intended to improve agency rulemakings addressing pipeline safety. In New York State, both houses have passed legislation that will extend the state’s statute of limitations as it affects personal injury claims linked to exposures to releases from state or federal Superfund sites.