In early March, the U.S. Court of Appeals for the Tenth Circuit, in Sierra Club v. Oklahoma Gas and Electric Company, in a 2-to-1 decision, affirmed the district court’s dismissal of Sierra Club’s 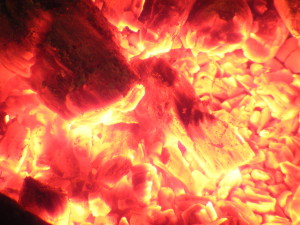 Clean Air Act (CAA) citizens suit against OG&E, concluding that their civil penalty and equitable relief claims are time-barred because Sierra Club’s claims first accrued when OG&E commenced modifications to the at-issue boiler without the required permit in March of 2008. Both parties agreed that civil penalties originating before April 1, 2008 were time-barred.  The Court of Appeals rejected Sierra Club’s arguments to extend the limitations period to after April 1 premised on there being repeated and continuing violations because of the lack of the required permit. Sierra Club’s claims for declaratory and injunctive relief were also time-barred because they were based on the same facts and timeline. What difference a few days make!

Sierra Club alleged that  OG&E, as the owner and operator of a coal-fired power plant in Muskogee, Okla., modified a boiler serving the plant starting in March without first obtaining the necessary permit and completing the work after April 1, 2008 . The plant is located in an “attainment” area for purposes of the CAA and, being a major facility, it is subject to the permitting requirements of the Prevention of Significant Deterioration (PSD) program, as implemented by the Oklahoma Department of Environmental Quality. The PSD program provides that a “major emitting facility” cannot be constructed or modified without a permit that sets emission limitations (42 U.S.C. § 7475(a)(1)). Oklahoma’s state implementation plan (SIP), which has been approved by the EPA, honors this requirement by providing that “[n]o person shall cause or allow the construction or modification of any source” without obtaining a PSD permit from the Oklahoma Department of Environmental Quality (Ok. SIP Regs. § 1.4.2(a)(1)).

The CAA does not specify a statute of limitations for bringing a CAA citizen suit for civil penalties. As a result, the default five-year statute of limitations for civil penalties, fines and forfeitures under federal law applies (28 U.S.C. § 2462). Sierra Club waited to take legal action against OG&E until April 2013. During the litigation, Sierra Club and OG&E entered into a tolling agreement, effective April 1, 2013. But, they agreed that any penalties originating before April 1, 2008—five years prior to the tolling agreement—were time-barred.

Sierra Club made two arguments attempting to extend the limitations period to after April 1: First, OG&E continued to violate the CAA until it completed the modifications, which were completed sometime after April 1, i.e., OG&E committed a new, discrete violation on each day of any unpermitted modification (a theory of “repeated violations”) or committed a single violation when it began unpermitted construction, but that violation continued until construction was completed (a theory of “continuing violation”). Second, its claims for equitable relief, as an alternative remedy, are separate from its claim for civil penalties and, thus, are not time-barred.

The Court of Appeals majority held that the plain reading of Section 2462 provides that Sierra Club’s action accrued in March 2008 when the modifications started—which makes the claims time-barred because the complaint was not filed until April 2013. “[I]f any form of violation exists beyond the first day of unpermitted modification, it is best characterized as a continuing violation rather than a series of repeated violations. And because this particular violation first accrued when modification commenced, the statute under § 2462 began to run on that date.” “Even one day of unpermitted modification would have presented a ‘complete and present violation’ of the statute,” and the court cites cases from the Third Circuit, U.S. v. EME Homer City Generation, L.P., and Seventh Circuit, U.S. v. Midwest Generation, LLC, as support for its conclusion. It further observed that “the continuing violation doctrine is premised on the equitable notion that the statute of limitations should not begin to run until a reasonable person would be aware that his or her rights have been violated,” citing Davison v. Am Online, Inc.

A strong dissent was filed.  Judge Briscoe observed that “this holding ignores the nature of tolling doctrines, as well as the text and purpose of the [CAA’s PSD]  program and the Oklahoma State Implementation Plan (SIP)… The majority conflates the accrual date with a complete bar on tolling doctrines which, if applied, extend the timeliness of a claim notwithstanding an expired statute of limitations.”

This is a case of the plain language of Section 2462 ruling the day!