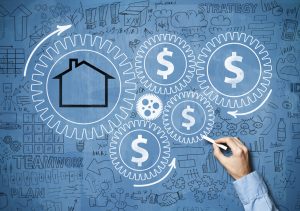 As 2019 winds down, the Affordable Housing Credit Improvement Act of 2019 is gaining momentum in Congress. The Act, which is aimed at expanding and strengthening the low-income housing tax credit, was originally introduced in 2016. The Consolidated Appropriations Act of 2018 adopted two key provisions of the original bill—a 12.5% increase to the housing credit ceiling for years 2018-2021 and the “income averaging” minimum set-aside election. The 2019 bill reintroduces many key provisions from the original bill, along with new provisions to further bolster the housing credit. As of the end of October, more than one-third of the House and one-fourth of the Senate have signed on to co-sponsor the bill. In summary, the key proposals in the 2019 legislation would:

If passed, the proposed legislation would increase the number of affordable units produced over the next decade by an estimated 550,000 units and would benefit several underserved populations. Affordable housing proponents are encouraged by the level of Congressional support for this bill, which is one of only a few tax bills with similar levels of backing. The current deadline for passage of the 2020 appropriations plan is November 21, although if agreement is not reached by that time, Congress may pass a stopgap spending bill to allow more time to reach agreement on 2020 appropriations and avoid a government shutdown.