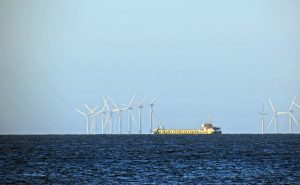 On July 5, the U.S. Court of Appeals for the DC Circuit, in Public Employees for Environmental Responsibility v. Hopper, Acting Director of the U.S. Bureau of Ocean Energy Management, reviewed the District Court’s dismissal of a lawsuit alleging that the Government’s approval of a Cape Cod offshore wind energy project violated several environmental statutes. The Court of Appeals held that the National Environmental Policy Act (NEPA) finding made by the primary permitting agency, the U.S. Bureau of Ocean Energy Management (Bureau), did not take a sufficiently “hard look” at the proffered geophysical evidence, and that an Endangered Species Act (ESA) “incidental take” determination must be set aside because the U.S. Fish and Wildlife Service should have considered the submissions of the plaintiffs. Otherwise, the Court of Appeals was satisfied with the project’s compliance with the other permitting and development requirements. The Court of Appeals notes that “[o]ffshore energy providers like Cape Wind must comply with a slew of federal statutes designed to protect the environment, promote public safety, and preserve historic and archeological resources on the outer continental shelf.”

The Cape Wind Energy Project would generate three quarters of the electrical power needed by Cape Cod and the surrounding islands when it is up and running. 130 large wind turbines, placed in the Horseshoe Shoal region of Nantucket Sound, would generate the power. The turbines have an estimated life-span of twenty years.  The Bureau’s duty is to ensure that the turbines could be safely moored to the seabed.

The Court of Appeals decided that the Bureau’s site-specific geological and geophysical scientific data was inadequate, and the finding was returned to the Bureau for additional work. However, it also held that there was no need to vacate the project’s existing regulatory approvals, which have been acquired through a tedious slog through several state and federal regulatory regimes, beginning in 2001.

The Court of Appeals states that the project is, in one way or another, subject to NEPA, the Outer Shelf Lands Act, the National Historic Preservation Act, the Migratory Bird Treaty Act, the ESA, and the 2006 Coast Guard and Maritime Transportation Act. Importantly, the opinion makes clear the regulatory hurdles these large projects must negotiate, but it appears that the end may be in sight for the project’s proponents.