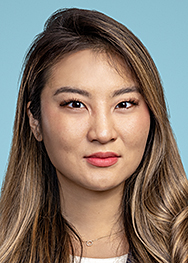 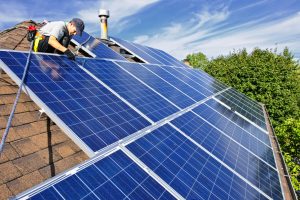 For builders working in California—already one of the most expensive states for new construction—a new bill winding its way through the legislature could add yet more costs. For this reason, Senate Bill 71 (SB 71) should be on the radar of developers and construction companies that do business in California. SB 71 would require all “solar-ready buildings” constructed on or after January 1, 2018, to include a solar electric or solar thermal system on their roofs. “Solar-ready buildings” include single-family residences in subdivisions with 10 or more single-family residences with an approved subdivision map; low-rise multi-family buildings; high-rise multi-family buildings and hotel/motel occupancies; and all other non-residential buildings. The solar systems would be required to be installed during construction because, as the bill explains, installing systems at that stage is more cost effective.

Unlike similar legislation passed by the San Francisco Board of Supervisors in April 2016, which requires the amount of solar installed to be “equal to or greater than the solar zone area,” SB 71 is open-ended regarding the amount of installed capacity required. SB 71, as currently written, would require solar systems to be “installed in the solar zone,” but does not specify an amount.

Contractors and construction companies should be aware that SB 71 may increase the already high cost of construction in California, relative to other states. While costs may be diminished by the bill’s requirement that the solar systems are installed during construction, the solar panels themselves present expenditures that constructors must confront. In addition to requiring that solar systems be installed on all new developments, SB 71 would authorize the California Building Standards Commission and California Energy Commission to impose “additional standards” on solar systems that reflect “the most recent technology available.” Should SB 71 pass and the other commissions adopt more stringent standards through regulations, developers may be required to adopt the most efficient (but expensive) solar technologies.

Authors of the bill have presented avenues to offset the cost, such as having a third party maintain and have ownership of the solar panels. A building owner would lease the solar panels where the owner would either pay for the use of a solar system, or sign a power purchase agreement to pay a specific rate for the electricity that is generated each month. Federal incentives and California state rebates are also available to aid in buying solar systems.

Proponents of the bill hope that distributed generation resources, like solar, will reduce the need for new transmission and generation resources in the traditional electric power grid. Rooftop solar, however, must work in conjunction with traditional electricity systems for now. The traditional power grid is designed to meet energy demand at its peak, which is after the sun goes down and when people generally come home from work. The California Public Utilities Commission is currently investigating whether rooftop solar reduces peak demand and what costs the rooftop solar systems impose on the electricity system.

On April 4, the bill passed out of the Energy Committee, and has since been re-referred to the Committee on Transportation and Housing for amending. For now, developers of residential and nonresidential projects in California should be aware of potential costs considerations if SB 71 is enacted.