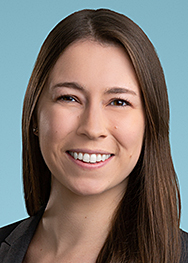 Several commercial real estate firms have joined the growing list of companies temporarily suspending—or outright terminating—property and facility management operations in Russia amid economic sanctions and mounting international pressure. CBRE is the latest to make such a move, discontinuing its Russian leasing, investment and property management operations and denouncing Russia’s invasion of Ukraine in a statement issued March 7. Other major players, including Savills, Knight Frank, and Colliers, have already suspended operations in the country, citing similar concern for international sanctions and the humanitarian impact of the invasion. Colliers is going even further to suspend operations in Belarus as well. Recently, global real estate service giant JLL switched course, issuing a formal statement that “with great sadness,” it will begin the process of separating from its domestic operations in Russia, though not commenting on whether the separation will be temporary or permanent. This is a significant change from just earlier this month , where, when asked about pulling operations from the country, JLL stated it would stay abreast of the situation abroad and continue to ensure the safety of its people and clients.

Now that CBRE and Dallas-based JLL have joined the list, Houston-based powerhouse Hines appears to be continuing its “wait and see” approach. Hines currently owns Russian assets valued at $2.9 billion, nearly 2 percent of its entire $160 billion asset portfolio, and its property management portfolio manages more than 243 million square feet worldwide. While other firms have temporarily suspended current operations, Hines has gone so far as to say it will avoid servicing any future investments in the country, though it did similarly condemn Russia’s actions. With JLL’s recent decision , if Hines does take a stronger stance, it will likely happen soon.

Economic volatility, risk of reputational damage, and potential sanctions violations are among the challenges these companies face when making the decision to stay or cease operations, temporarily or permanently, in Russia. However, real estate firms and investors that utilize the real estate services of JLL, CBRE, and the like face a challenge too—namely, who is left to provide the services to its assets? As the current situation plays out and eventually stabilizes, those firms who stay in Russia despite current challenges may be well positioned to eventually capitalize on a severely depleted real estate service market.

But the list of businesses pulling out of Russia continues to grow, with oil companies like Shell and BP, shipping companies like FedEx and UPS, and tech giants Apple and Google all stepping back from Russia. Restricted airspace, reduced transport links, and financial restrictions on SWIFT and other capital controls have severely limited the ability of those companies to operate effectively and efficiently. Real estate brokerages, however, which generally do not need to shuffle goods across the world, do not necessarily face the same problems forcing other companies to cease operations. Financial sanctions, however, affecting a company’s ability to send and collect money, pay rent or service debt could each play a role in what ultimately drives the holdouts to join the rest.

Impact Felt Abroad and Closer to Home
In addition to the fear and pushback of U.S.-owned assets abroad, Russian-owned real estate in the U.S. is feeling the impact of the invasion of Ukraine. U.S. real estate professionals are already seeing early signs of skittishness among wealthy Russian real estate clients who fear their U.S. assets could be seized, prompting cancellations of upcoming deals and the quick sale of real estate currently owned. South Florida and Manhattan have consistently been popular destinations for Russians and their money, but those markets may see a slowdown in Russian funds while the invasion is ongoing. This trend of dwindling Russian capital in foreign real estate markets is likely to continue due to the existing economic sanctions in place on some ultrawealthy Russian individuals and Russian financial institutions.

How companies do business in Russia as well as how companies do business with Russians outside of Russia will be a constantly changing landscape as the invasion of Ukraine continues. For more detailed information about the various sanctions being imposed on Russia, see our Global Trade & Sanctions Law — Breaking News and Insights blog.