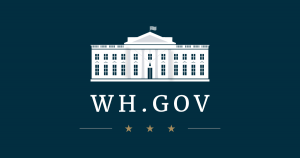 In late December, the Office of Management and Budget (OMB) released the “Fall 2019 Unified Agenda of Regulatory Actions” just a few days before the Calendar turned to the year 2020. (It should  be noted that the Spring Agenda was not released until June 24, 2019.) Individual agency agendas were published in the Federal Register by several agencies and executive departments on December 26, 2019. The entire agenda, which is a survey of all current and projected rule-making actions that federal agencies and departments are planning over the next 12 months, is available at such government websites as regulations.gov. The Agenda provides valuable insights into the actions these agencies believe to be most important. This survey will largely concentrate on environmental regulatory developments, although other matters are worth noting.

Environmental Protection Agency
EPA reports by far the largest number of final and pending regulatory actions, as nearly 100 items have been listed. These include:

Department of Energy (DOE)
Most of the actions listed for DOE are energy conservation matters, but the Department also plans to update its NEPA implementation rules (see 10 CFR part 1021) in 2020.

Department of the Interior
(The bulk of the actions listed by the Department concern the ESA status of plants and wildlife.)

Council on Environmental Quality
The CEQ will issue proposed rules in early 2020 to update and clarify existing CEQ rules implementing NEPA—which apply to all federal agencies and departments.

Chemical Safety and Hazardous Investigation Safety Board (CSB)
The CSB issued a proposed rule in 2019 to implement the accidental chemical release reporting provisions of Section 112 (r) of the Clean Air Act, and plans to finalize this new release reporting rule in 2020.

Office of Management and Budget
In 2020, OMB will propose rules to implement the bipartisan “Foundation for Evidence-Based Policy-Making Act of 2019,” which requires each federal governmental statistical agency to develop rules and policies ensuring that federal decision making is based on accurate statistical data. (See 44 USC Section 3563.) This could be a very important development affecting the work of federal regulatory agencies.