On October 11, 2013, the California Contractors State License Board (“CSLB”), in its news release entitled Sex Offenders, Convicted Felons Snagged in Contractors State License Board Statewide Sting, announced that 75 people may face criminal charges after being caught in 6 of the CSLB’s simultaneous, statewide undercover sting operations conducted this week as part of its fall California Blitz. 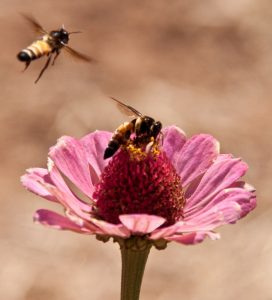 SWIFT investigators posed as homeowners seeking bids for home improvements. CSLB Registrar Steve Sands said that “Homeowners should be nervous when they hear the background of some of the people we caught in these stings.”

Most notable, among those arrested, 2 were registered sex offenders, 2 were individuals with several prior felonies including robbery, rape, burglary and drug possession, 3 were individuals with an active arrest warrant, and several individuals were caught using contractor license numbers belonging to others. 3 of the suspects were taken to jail, and 1 vehicle was towed. Mr. Sands also confirmed that “[u]nlicensed, illegal activity that puts homeowners at risk and legitimate contractors at a competitive disadvantage will not be tolerated.”

Of the 75 individuals arrested, 72 now may face misdemeanor charges for contracting without a license (Bus. & Prof. Code § 7028). The penalty for a conviction is up to six months in jail and/or a fine of up to $5,000.

Of those individuals arrested, 56 also may be charged with illegal advertising (Cal. Bus. & Prof. Code § 7027.1). State law requires contractors to place their license number in all print, broadcast, and online advertisements. Those without a license can advertise to perform jobs valued at less than $500, but the ad must state that they are not a licensed contractor. The penalty is a fine of $700 to $1,000.

13 of those individuals arrested also were issued Stop Orders (Cal. Bus. & Prof. Code § 7127). CSLB investigators can halt job site activity when any person with or without a contractor license does not have workers’ compensation insurance coverage for employees. Failure to comply with a Stop Order can result in misdemeanor charges and penalties, including 60 days in jail and/or up to $10,000 in fines.

A majority of those caught this week were identified through illegal ads posted on craigslist.org.