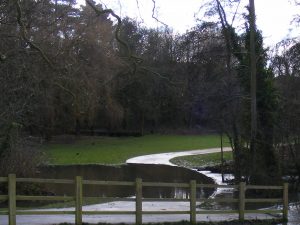 held that temporary flooding of the plaintiffs’ residential properties located in the Chicago area can be the subject of a “taking” for which they may be entitled to just compensation under the Illinois Constitution. Following very heavy rains in July 2010, the Metropolitan Water Reclamation District of Greater Chicago allegedly diverted storm water to nearby creeks and took other actions which exacerbated local flooding conditions. The lower court, relying on Illinois case law, held that Illinois does not recognize a takings claim based on temporary flooding. However, the plaintiffs argued that the United States Supreme Court’s 2012 decision in Arkansas Game and Fish Commission v. United States, which held that temporary flooding can constitute a “taking” under the federal constitution must be acknowledged.