The pandemic is expected to lead to a significant and sustained increase in remote working. The shift to remote working will have major implications for end user computing solutions and services regardless of industry. In “Impact of Remote Working on End User Computing Solutions and Services,” colleagues Jeffrey D. Hutchings and Craig A. de Ridder discuss key considerations that CIOs need to consider for addressing this shift in the workplace and update their outsourcing agreements for end user computing services.

Here’s a report on several new decisions made over the past few days.

U.S. Army Corps of Engineers v. Northern Plains Resources Council
On July 8, 2020, the Court has issued a partial stay of the decision of the U.S. District Court for Montana, which had held that the nationwide use by the Corps of Engineers of its Nationwide Permit 12 to permit oil and gas pipelines must be vacated because the Corps, when it reissued these permits in 2012, failed to follow the requirements of the Endangered Species Act. The breadth of this ruling seems to have surprised and alarmed many past and perspective permittees of the Corps. The stay will not apply to the ongoing Ninth Circuit litigation.

END_OF_DOCUMENT_TOKEN_TO_BE_REPLACED 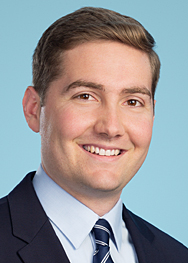 As COVID-19 reverberates through the real estate and construction industries, impacted companies should revisit their employee compensation programs to preserve cash and drive performance while maintaining legal compliance. This is particularly true for companies normally dependent on high rents in cities, where commercial tenants are trading brick-and-mortar office space for work-from-home arrangements, and freeing up employees—unshackled by any commuting concerns—to relocate in pursuit of lower housing costs.

END_OF_DOCUMENT_TOKEN_TO_BE_REPLACED

Several interesting decisions have recently been made by federal and state courts.

The U.S. Seventh Circuit Court of Appeals – ARCO Shifts from State to Federal and No Vigor for VIM
On June 18, 2020, the court decided the case of Baker, et al. v. ARCO, holding that the revised federal removal statutes authorize the removal to federal court of a state-filed complaint against several defendants by the former residents of an Indiana housing complex who contended that the defendants were responsible for the industrial pollution attributed to the operations of a now-closed industrial plant. The housing complex was constructed at the site of the former U.S. Smelter and Lead Refinery. During the Second World War, the plant produced products for the use of the government war effort, thus triggering the applicability of the federal removal statutes.

END_OF_DOCUMENT_TOKEN_TO_BE_REPLACED

The pandemic’s financial impact adds another layer of complexity to REITs authorizing, declaring and paying dividends under Maryland law. In “REIT Dividends in the Wake of the Coronavirus,” colleagues Jeffrey B. Grill, Robert S. Logan, Ryan S. Brewer, Ella M. Lvov and  Jessie W. Friend discuss what Maryland REITs should consider using the tools at their disposal to structure distributions in a manner that preserves cash.

In responding to the COVID-19 pandemic, CIOs across all industries may decide to undertake IT initiatives to enhance business resiliency and capabilities while containing costs. Some of these initiatives may involve large, complex migrations and implementations of technologies that require the assistance of experienced systems integrators. In “Post-Pandemic Contracting with Systems Integrators,” colleagues Jeffrey D. Hutchings and Craig A. de Ridder discuss the key takeaways that CIOs need to consider before implementing new systems.