This week’s round-up addresses the shift in housing demand, efforts of apartment complexes to become more eco-friendly, plans for “cities of the future,” and more.

END_OF_DOCUMENT_TOKEN_TO_BE_REPLACED

Economic sanctions placed on Russia cause a shift in the U.S. real estate market, investments in virtual real estate continue to grow as market equilibrium returns, climate change concerns have made a notable impact on regional real estate interest, and more.

END_OF_DOCUMENT_TOKEN_TO_BE_REPLACED

A Florida home for sale offers a property deed via an NFT, nuclear power is projected to play an important role in the climate crisis, a Spanish real estate developer aims to set up an office in the the metaverse Decentraland, and more.

END_OF_DOCUMENT_TOKEN_TO_BE_REPLACED

The House of Representatives passes the Senate version of the Infrastructure Investment and Jobs Act (IIJA), the construction industry continues to struggle with labor shortages, effects of climate change put the built environment at risk, and more.

END_OF_DOCUMENT_TOKEN_TO_BE_REPLACED

Environmental Justice, as an urgent policy priority of the Federal Government, dates back to 1994, and President Clinton’s issuance of Executive Order 12898. This order directed federal agencies to identify and address, as appropriate, “the disproportionately high and adverse human health and environment effects of its many programs, policies, and procedures on minority populations and low-income populations.” Executive Order 12898 supplements Executive Order 12550 (1980), whose primary legal basis was Title VI of the Civil Rights Act of 1964, in particular, Sections 601 and 602, which prohibit discrimination in programs and activities receiving federal financial aid and assistance.

Over the years, the Supreme Court has reviewed the scope and importance of Title VI. For example, in Alexander v. Sandoval, decided in 2001, the Court concluded that while private parties could sue to enforce Section 601 or its implementing regulations, Section 601 only prohibits intentional discrimination; which is very difficult to prove. In addition, the Court ruled in Sandoval, that private parties cannot sue to enforce regulations implementing Section 602. Perhaps as an acknowledgement of these shortcomings, the Environmental Protection Agency (EPA) has for many years operated an administrative system to process environmental justice complaints (see 40 CFR Part 7). The process is complex and the results—usually whether a state agency has failed to uphold Title VI—have generally been unsatisfactory. To be successful, many proponents of environmental justice believe that a statutory foundation must be established, and significant efforts have been made to do so.

END_OF_DOCUMENT_TOKEN_TO_BE_REPLACED 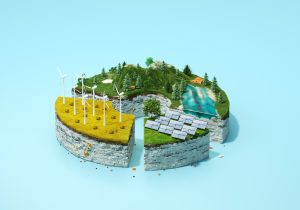 Presidential Executive Order 14008, “Tackling the Climate Crisis,” a long and unusually detailed Executive Order published in the Federal Register on February 1, 2021 (see 86 FR 7619), has generated considerable discussion and commentary. Below, I briefly outline its provisions.

END_OF_DOCUMENT_TOKEN_TO_BE_REPLACED

This is a brief review of the recently released “Climate 21 Project” policy memo. It is the work of many former members of the Obama Administration who are deeply concerned about climate change and what steps the new administration can take in the first 100 days to confront a problem. Offering “actionable advice” rather than a policy agenda, the group recognizes that Congress must do its part by providing new statutory authorities within the early days of the new administration, and the President must be prepared to aggressively exercise the powers of his office. As the members of the Group see it, there are four interlocking crises facing the President: (a) the COVID-19 pandemic; (b) the economic devastation visited upon many people by the pandemic; (c) racial injustice; and (d) accelerating threats posed by climate change.