U.S. Court of Appeals for the District of Columbia

Luminant Generation v. EPA
The court will be grappling with a difficult venue case governed by the Clean Air Act (42 USC Section 7607(b)). In 2013, the U.S. Court of Appeals for the Fifth Circuit decided the case of Luminant Generation v. EPA (714 F. 3d 841), in which the court upheld the affirmative defenses that were made part of the Texas State Implementation Plan (SIP) and which applied to certain unpermitted emissions from regulated sources during periods of startup, shutdown or malfunction. These defenses were challenged in the Fifth Circuit and were rejected. On the national stage, EPA has been involved in litigation over these affirmative defenses and recently excluded from a “SIP Call” the Texas program, which was carved out. This EPA decision is being challenged in the DC Circuit (see Case number 20-1115),with the State of Texas arguing as an intervenor that any issues involving Texas belong in the Fifth Circuit, and not in the DC Circuit because the Act allows regional issues to be decided in the regional federal courts.

END_OF_DOCUMENT_TOKEN_TO_BE_REPLACED

This roundup of recent environmental and regulatory law rulings and rulemakings includes an EPA deadline extended, a NEPA exclusion and PSM application upheld, and an unsuccessful appeal to the federal officer removal doctrine.

END_OF_DOCUMENT_TOKEN_TO_BE_REPLACED 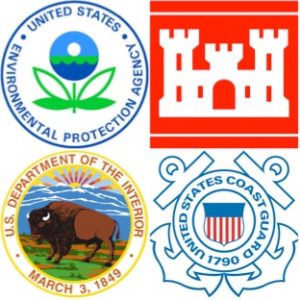 The latest federal regulatory agenda has been released, which, among other matters, lists proposed and projected environmental regulatory proceedings being considered by different departments and agencies. Here are some selected items.