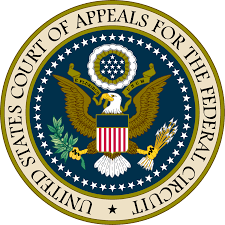 The federal government has long encouraged the development and use of alternative fuels by enacting legislation that promises tax credits for such use. However, special care must be taken to ensure that all of the requirements of the law are observed. This has been made clear by recent rulings of the U.S. Court of Claims and the U.S. Court of Appeals for the Federal Circuit.

On September 26, 2019, the U.S. Court of Appeals for the Federal Circuit decided the case of Alternative Carbon Resources v. United States, affirming the decision of the U.S. Court of Federal Claims which determined that Alternative Carbon Resources (ARC) was not only not entitled to claim nearly $20 million in federal tax credits in its transactions with the operators of wastewater treatment systems that employ “anerobic digesters,” but was also subject to the imposition of special civil penalties. Anerobic digesters typically are used to by wastewater treatment systems to produce methane, which in turn can be used to produce energy and heat.

In 2004, as part of the American Jobs Creation Act of 2004, the Congress enacted legislation that provided tax credits for the production of alcohol fuels and biodiesel mixtures. The law was later amended to include alternative fuel mixtures. In 2011, tax credits were available for alternative fuel mixtures as defined by the statute: a taxpayer could qualify for the alternative fuel mixture credit if it blended liquid fuel derived from biomass with at least 0.1% diesel fuel, if the mixture was then was used or sold for use as a fuel, provided the taxpayer was properly registered. However, claims for payments of an excessive amount of tax credits were made subject to a civil penalty of 200% unless the taxpayer could demonstrate reasonable cause for making the claim. Here, ARC was interested in developing a plan by which the waste by-products from ethanol plants could be converted into usable alternative fuel. ARC purchased feedstock from ethanol plants “which consisted of organic material that might otherwise be considered waste,” and then paid a trucking company to mix enough diesel fuel with the feedstock so that the resulting mixture could qualify as an alternative fuel mixture under the law. The mixture was then delivered to the operators of the digesters, and ARC itself paid a fee to operators to handle or dispose of the mixture. The operators then paid a small annual handling fee to ARC. As the appeals court noted, in 2011 ARC received less that $9,000 of income from the purchase of its alternative fuel mixture, but paid its customers nearly $1.7 million in disposal fees. Based on this and other information, the court determined that there was no sale of the mixture to be used as a fuel, and consequently, no tax credit could be claimed. ARC challenged the IRS’ determinations in the Court of Claims, where it had the burden of proof to establish its right to the credit. This it has so far failed to do.

Since the amount of tax credits claimed was nearly $20 million, the excessive penalties amounted to nearly $40 million. The appeals court stated that while Congress enacts legislation to encourage socially beneficial activity that would not be pursued absent a tax credit, such transactions still must be carefully reviewed. especially if “they are unprofitable absent a tax credit,” and upheld the assessment of these penalties.